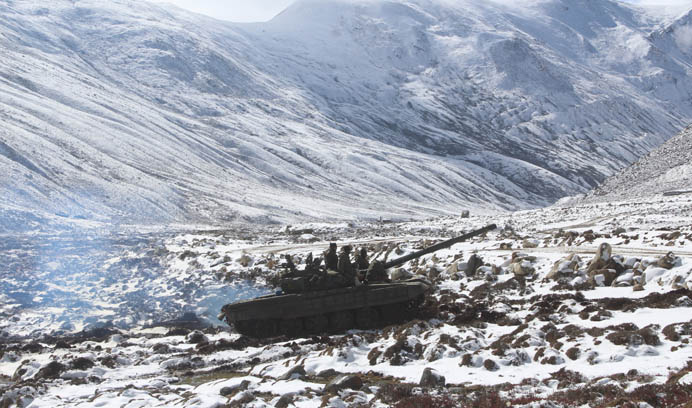 With the government approvIng a long-standing demand, the Indian Army is all set to get the Army Static Switched Communication Network (ASCON) Phase IV Network for better communication in the border areas, including the Line of Actual Control (LAC) with China.

The project, to be implemented by public sector undertaking ITI at an estimated cost of Rs. 7796.39 crore within a period of 36 months, was cleared by the Cabinet Committee on Security (CCS) on Thursday.

The project is of strategic significance with an indigenous content of approximately 80% in terms of communication network, which will enhance the existing Asynchronous Transfer Mode Technology to Internet Protocol (IP) / Multi Protocol Label Switching (MPLS) Technology. Moreover, Communication media like Optical Fibre Cable (OFC), Microwave Radio and Satellite will be used, according to a statement by the ministry of defence.

It said that the communication network will provide high bandwidth to the remote sensitive operational areas in central and eastern Sectors and augment its reach to the forward locations in the Western border too.

The official statement also mentioned that it will help the Indian industry flourish as the project consists of implementation of civil works, laying of OFC, tower construction, etc. With the utilization of local resources, hiring of manpower, it would raise employment opportunities, especially to the people who dwell in remote border areas, strengthen rural economy, assist in upliftment of the local economies, and provide skill development during the maintenance and execution period.

It added that it was an opportunity to the Public Sector Undertakings for stimulating the Indian economy as a part of achieving the goal of self-reliance.