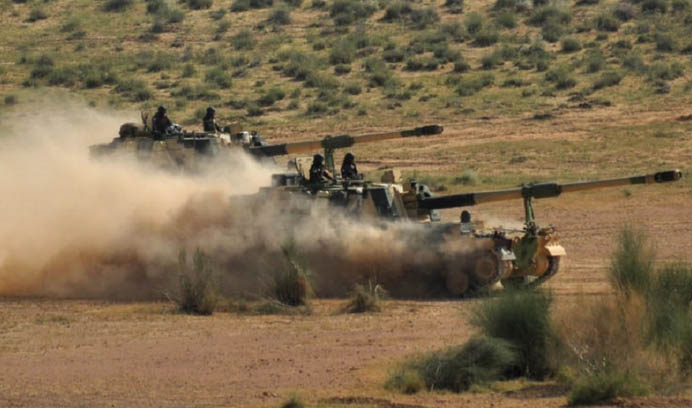 The government has announced key changes to its defence acquisition policy, revising the offset guidelines to give preference to the manufacture of complete defence products over components.

Additionally, only companies that have over 50 percent Indian ownership will be permitted to participate in vital Make in India categories of procurement in the defence sector. This consists of the Strategic Partnership policy, Make I and 2 and Indian Designed Developed and Manufactured (IDDM) categories, the Defence Ministry has said.

The changes were cleared at a meeting of the Defence Acquisition Council (DAC). The Defence Minister stated that DAP has included provisions to stimulate Foreign Direct Investment (FDI) for setting up of manufacturing hubs both for import substitution and exports while safeguarding interests of Indian domestic industry.

"The Offset guidelines have also been revised, wherein preference will be given to manufacture of complete defence products over components and various multipliers have been added to give incentivisation in discharge of Offsets," Singh tweeted.

The new policy comprised ease of doing business’ with its key areas focusing on simplification, delegation and making the process industry friendly, without any delay, said an official statement.

It further mentioned, "The categories of Buy (Indian-IDDM), Make I, Make II, Production Agency in Design & Development, OFB/DPSU and SP model will be exclusively reserved for Indian Vendors meeting the criteria of Ownership and Control by resident Indian Citizens with FDI not more than 49%."

It talked about design and development which is a comprehensive procedure with integrated single stage trials to lower timelines and laying greater emphasis on assessment through certification and simulation.

The ministry also said that the DAP was formulated after considering comments and suggestions from a wide spectrum of stakeholders.