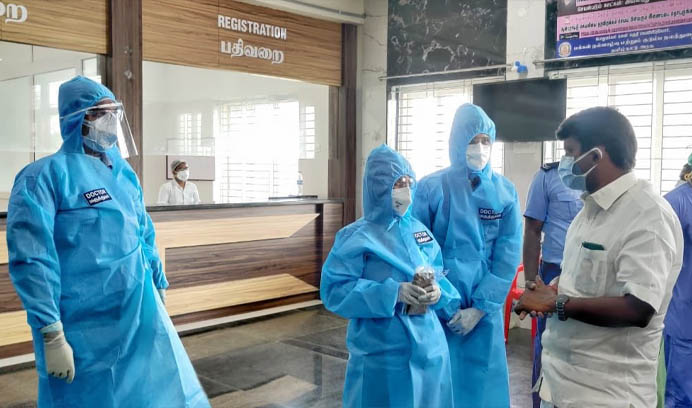 In the past 24 hours, the laboratories across India tested around 9,33,185 samples for COVID-19

Crossing the 1 lakh mark, India registered the highest number of single day recoveries in the past 24 hours. India has been registering more recoveries than the fresh cases for the past four days.

The data released by the ministry suggests that around 1,01,468 patients were either cured, discharged or migrated in the past 24 hours. The data suggests that it was the fourth consecutive day of registering a high number of recoveries.

The highest number of recoveries came from Maharashtra with over 32,000 single day recoveries followed by over 10,000 of Andhra Pradesh.

The data suggested that around 79% of the new recovered cases were reported from ten States and Union Territories of Maharashtra, Karnataka, Andhra Pradesh, Uttar Pradesh and Tamil Nadu, Odisha, Delhi, Kerala, West Bengal and Punjab.

“The continuous streak of very high level of recoveries in the country is a testimony of the Centre-lad proactive and graded strategy of TEST TRACK TREAT. The effective clinical management and treatment protocols issued by the Union Government have been updated from time to time with the emergence of new medical and scientific evidence,” the government said in a statement.