Women at Work: Women account for more than 52% of NREGS work 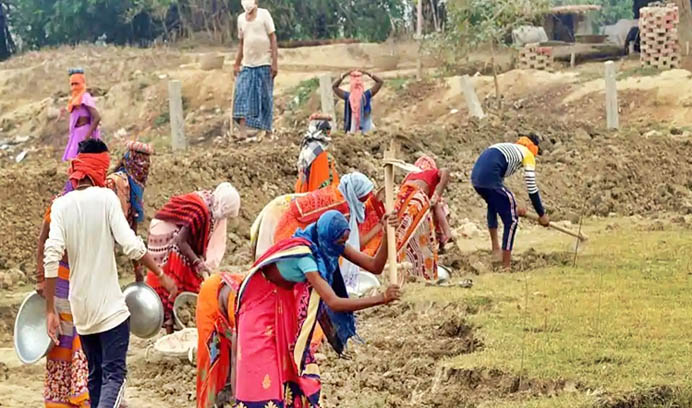 The Mahatma Gandhi National Rural Employment Guarantee Scheme data revealed that over 4.3 crore women have been employed since April

Women account for more than 52 percent of the person-days of work generated under the Mahatma Gandhi National Rural Employment Guarantee Scheme (NREGS) since April this year.

The 2020-2021 data reflect the trends for April to September and it must be noted that 204.7 crore person-days of work have already been generated because of a high demand amid the pandemic.

Women’s proportion to men in terms of person-days of work has not seen any rise during the pandemic and is lower than last year’s total percentage.

The data revealed that over 4.3 crore women have been employed since April. The number is higher than the total participation recorded over the last five years going by the data shared by the ministry in Parliament in March.