Pune gets first E-Kisan Mandi, many more to come soon 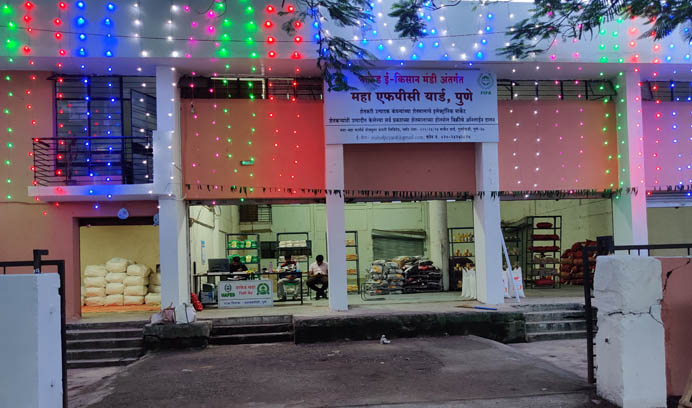 NAFED is planning to open at least 100 more such facilities across the country at an annual cost of Rs.100 to Rs.150 crore

In order to bring sellers and buyers together amid the COVID-19 outbreak and ensure profit to the farmers, the government is setting up a number of e-kisan mandis in various cities and the first one has already become operational in Pune. The Financial Express has reported that the step has been taken to join physical and online infrastructure to bring better results.

Set up under the National Agricultural Cooperative Marketing Federation of India Ltd (NAFED), the first e-kisan mandi became operational in Pune last week as a result of a joint venture between Federation of Farmer Producer Organisations and Aggregators and Maharashtra Farmers Producer companies.

The report said that NAFED is planning to open at least 100 more such facilities across the country in the next six to nine months at an annual cost of Rs.100 to Rs.150 crore.

According to NAFED Managing Director Sanjeev Kumar Chadha, the next two e-mandis will be started in Mumbai and Nashik. It will be further expanded to Madhya Pradesh, Karnataka, Gujarat and Jharkhand.

“Unlike e-NAM, which focuses on APMCs, the e-kisan mandis will seek to bring farmers, agri-producers, traders and small buyers on a common platform for trading agricultural commodities. An online electronic market will not work unless it is accompanied by proper physical infrastructure. Physical sorting and grading facilities will be established to help farmers get access to an efficient price discovery mechanism,” he was quoted saying in the report.

The e-kisan mandis are being set up in such a way that the government and the farmers can make full use of the physical infrastructure. Under the model, land owned by NAFED will be used as a hub by the farmers’ union of a particular area while these unions will collect orders from online platforms and provide service, the report said.

For this, NAFED will construct warehouses and cold storages and provide services like the electronic auction, product display and retail counter, value addition infrastructure for cleaning, grading, packaging of the produce. Drying, sorting and grading facilities will also be provided by NAFED to deal with high level perishable and non-perishable commodities.

“This means that farmers no longer have to sell in distress and can get their agri-produce dried, cleaned and graded. They can also keep perishables in cold storage and bring it out when prices are more remunerative,” Chadha said.

NAFED will charge one to 1.5 per cent of the total turnover as service charge under the model, he added. The amount will be used to meet operational expenses like salaries, electricity and water bills and local taxes.

As far as the Pune facility is concerned, NAFED has already registered 30 Farmers’ unions. The registration for wholesalers, retailers and consumers has also begun. It will help farmers identify retail grocery shops around the city for their benefit.