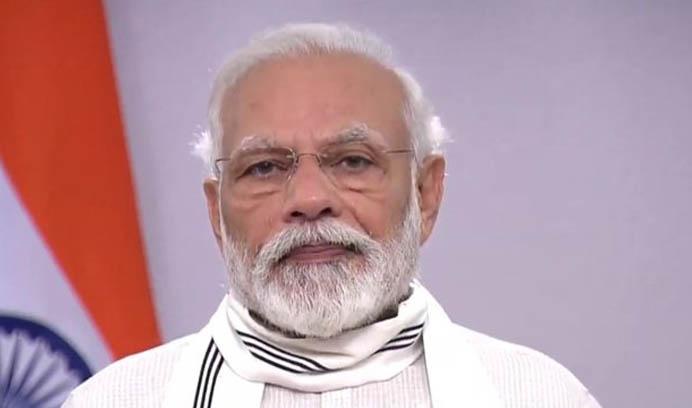 In 2022, India will celebrate its 75th year of independence as such it is imperative for students to remain familiar with these heroes of our freedom struggle.

In his latest episode of ‘Man Ki Baat’ programme, the Prime Minister said when one thinks of his or her successes, one is always reminded of a teacher.

He said Covid-19 crisis has posed a challenge for teachers, who have turned it into an opportunity by seamlessly embracing new tools and technology, which they have passed on to students as well.

He expressed confidence that teachers will play a significant role in disseminating the benefits of National Education Policy to the students.

Noting that the country will celebrate its 75th year of independence in 2022, the Prime Minister said it is imperative for today’s students to remain familiar with these heroes of our freedom struggle.

When our students are apprised of the history of the freedom struggle viz-a-viz their local surroundings, only then will we see the reverberations of it on the personality of the students, he said.

He suggested that a topic of research for students can be finding whether there were any events during the course of the freedom struggle in the districts they live in.

A visit of students to a place in their town associated with the freedom struggle can be planned. Students of some schools can also resolve to write 75 poems and theatrical stories on the heroes of our freedom movement to mark the 75th year of our independence, he said.

The Prime Minister noted that these efforts will bring to the fore stories of lakhs of unsung heroes who lived and died for the country but have faded into oblivion.

With Teachers’ Day set to be observed on 5th September, the Prime Minister called upon teachers to start preparing and work towards creating an environment for the same.