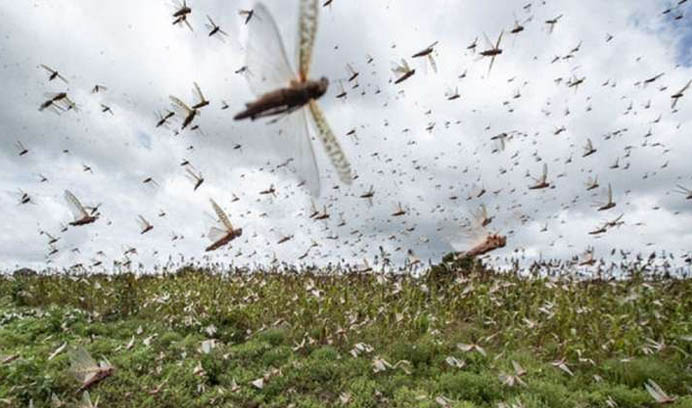 A dozen control rooms, including one in Jhansi, were set up and authorities procured special spray machines for the affected areas

More than 10 states faced the locust problem amid the COVID-19 pandemic. Bundelkhand region faced the locust attack after 30 years. However, with the use of modern technologies, challenges faced by the farm sector were addressed; PM Modi was quoted as saying in an Outlook report.

India has scientifically controlled this problem, he added.

PM Modi further noted that a dozen control rooms, including one in Jhansi, were set up and authorities procured special spray machines and distributed them in the affected areas.

Emphasizing the importance of modern farm technologies, the prime minister encouraged young researchers and agri-scientists to work on ''One life, One mission'' to promote technologies like a drone or artificial intelligence across the country as per the PTI report published by Outlook.

He said that the government has been working to support small farmers and noted the need to further strengthen the ecosystem for experts.

However, the problem has been controlled to a large extent after measures taken by both the Centre and state governments in about 5.66 lakh hectare area in affected states, as per official data.