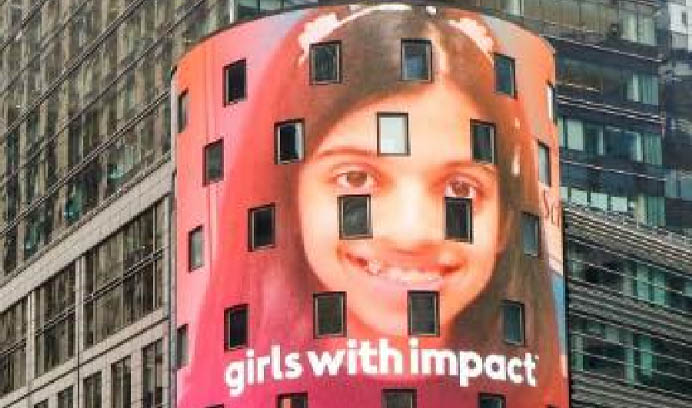 Neha Shukla was featured on the Nasdaq screen last month for her invention. (Source: Facebook/GirlsWithImpact)

A 15-year-old Indian origin girl has invented a cap for helping people maintain social distancing amid this COVID-19 times. Neha Shukla has worked on a microprocessor-based device that would keep people six feet apart, says a report by Hindustan Times. She was featured on the Nasdaq screen last month for her invention.

Born and brought up in the United States, Shukla started work on the project in April. She applied to the ‘Girls With Impact’ programme that teaches entrepreneurial skills to young girls, said the report.

Shukla explained that there’s an ultrasonic sensor, a microprocessor, a buzzer and a nine-volt battery. “I coded a programme that causes these ultrasonic sensors to send out these pulses,” the report quoted her. “Now, when these waves collide with a person within that six-feet detection range, this raw data calculation is converted to a system that it would understand and hence, alert the user,” she was quoted saying by the Hindustan Times report.

She is also working on developing a Bluetooth app that will send the same notification to the phone so that the user can keep track of that history, the report added.