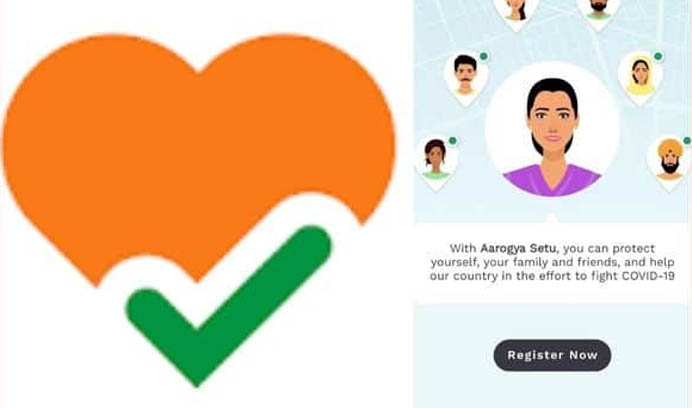 The Aarogya Setu has been downloaded by over 150 million users.

The Aarogya Setu application, which assisted the citizens in tracing many COVID-19 positive contacts, now has a new feature called 'Open API Service' to ensure health safety at work.

The new feature will help organisations and business entities work safely by getting the health status of their employees without violating their data privacy, said an official statement issued on Saturday.

It further said that it can be availed by those organisations who are registered in India with more than 50 employees.

The Open API can be used for real-time health status of users, 'who have provided their approval for sharing their health situation with the entity,' the statement by the Ministry of Electronics and IT said.

The application will only specify the Aarogya Setu status and name of the Aarogya Setu User (with User's consent). API will restrict itself to use other personal data, according to the press note.

It aims to address the fear or risk of novel Coronavirus infections and assist the people, businesses and the economy to return to normalcy.

“More than 30,000 hotspots have been identified at a very granular level of 300 m X 300 m and shared with State Governments and Districts," the press statement read.

The Aarogya Setu app was launched on April 2 this year to powe India’s fight against COVID-19. The government has said that it is now the most downloaded contact tracing App in the world, with more than 15 crore (150 million) users.