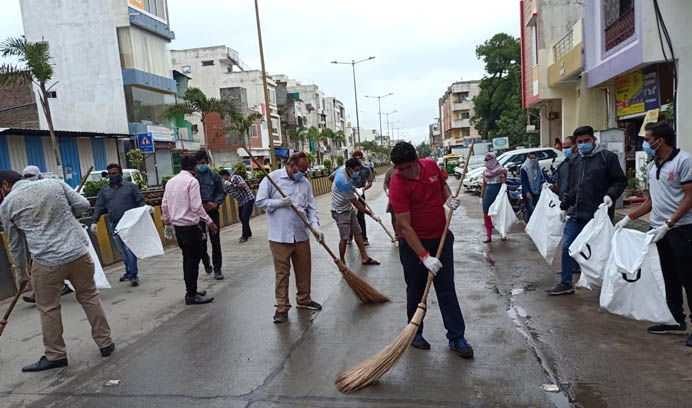 From being just a monitoring framework, the Swachh Survekshan framework has become an implementation accelerator for cleanliness

Indore has won the title of the Cleanest City of India as part of Swachh Survekshan 2020, the fifth edition of the annual cleanliness urban survey conducted by the Ministry of Housing and Urban Affairs, for the fourth consecutive year.

Congratulations to all those cities who have secured top positions in #SwachhSurvekshan2020. May other cities also be inspired to further ramp up their efforts towards ensuring cleanliness. Such competitive spirit strengthens the Swachh Bharat Mission and benefits millions.

The Swachh Bharat Mission-Urban was launched in 2014 to make urban India 100 per cent open defecation free (ODF), along with 100 per cent scientific solid waste management. A speedy approach was taken as there was no concept of ODF in urban areas and solid waste processing was just 18 per cent.

Swachh Survekshan 2020 surveyed a total of 4,242 cities, 62 Cantonment Boards and 97 Ganga Towns, and brought about the participation of 1.87 crore citizens.

The Swachh Survekshan League was introduced in 2019 as a quarterly cleanliness assessment of cities and towns. It was done in three quarters with 25 per cent weightage integrated into the final Swachh Survekshan results of this year.

The Swachh Survekshan framework has evolved over the years. From being just a monitoring framework, it has become an implementation accelerator for SBM-Urban. In the area of solid waste management, 96 per cent of wards have complete door-to-door collection while 66 per cent of the total waste generated is being processed. Moreover, over 59,900 toilets across over 2,900 cities have been made live on Google Maps.

Minister of Housing and Urban Affairs, Hardeep Singh Puri said Swachh Survekshan will continue to help the country in sustaining the gains made under Swachh Bharat Mission-Urban (SBM-U), while providing a comprehensive roadmap to institutionalize the concept of total Swachhata among all cities.

“As the performance of cities rightly show, we are well on our way to creating not just a ‘Swachh (clean) but a Swasht (healthy), Sashakt (empowered), Sampann (prosperous) and Atmanirbhar (self-reliant) New India,” Puri said. “In the last five years, we have seen how this Mission has created a deep impact on people’s health, livelihoods, quality of life and most importantly, in their thoughts and their behaviour.” The minister urged everyone to play their part and be a true Swachhata Warrior by inculcating habits of Swachhata such as practising proper segregation of waste at source, saying no to single use plastic and treating sanitation workers with respect and dignity.

Next phase of the Mission - Swachh Survekshan 2021

For the next phase of the Mission, Puri outlined that efforts would be on safe containment, transportation and disposal of faecal sludge and septage from toilets, as well as the grey and black water from households and establishments. “The treatment of all wastewater before discharging into water bodies, and their maximum possible re-use will also be our priority.