Government plans to collaborate with top 100 universities in the world 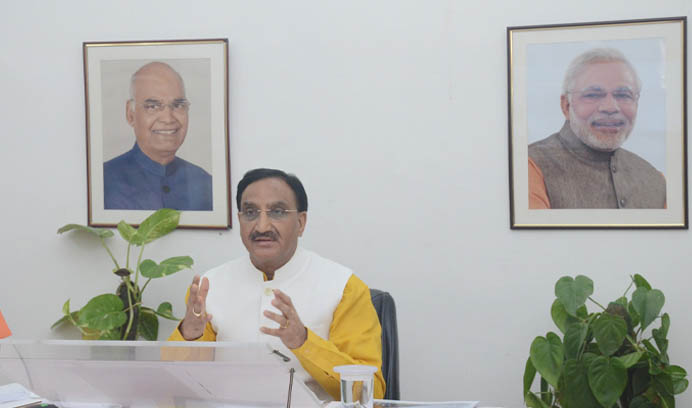 The government is planning to get world class higher education into India by collaborating with top 100 universities in the world. Union Education Minister Ramesh Pokhriyal Nishank said this is an effort to retain students who want to go abroad for higher education, says a report by The Print.

Speaking at the annual vice-chancellor’s conference, Pokhriyal revealed that seven to eight lakh students go abroad for higher studies every year. He said the students would stay back if similar facilities are available in India. “Why should seven to eight lakh Indian students go abroad for higher studies when India boasts of such excellent education institutions?” he was quoted by The Print.

“Whatever they can get abroad, we want to give them in India itself.” The minister said the government will bring the top 100 universities to India. He added that the best institutions in India will also collaborate with institutions abroad.

According to The Print report, the new National Education Policy underlines tie-ups with foreign institutions and also mentions foreign universities setting up campuses in India. This will be brought about through a legislative framework. The article said collaborations in terms of research, faculty, courses and students is possible without legislation and is currently ongoing in several universities in the country.

Read the full report in Print