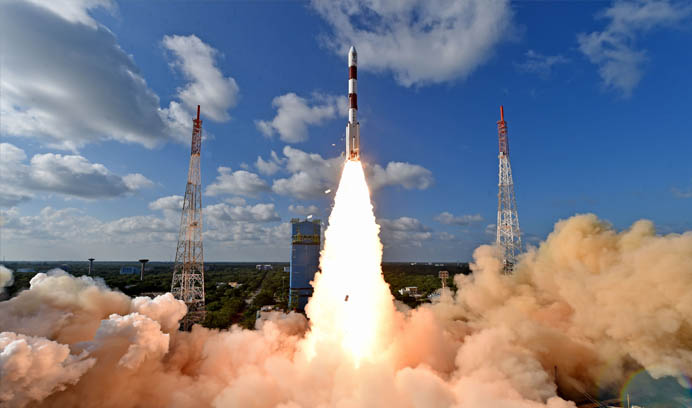 They will develop three rockets and will name them, Vikarm I, II & III as a tribute to India’s legendary scientist Vikram Sarabhai.

For the first time in India, an aerospace start-up, Skyroot Aerospace has become successful in testing a homegrown rocket engine in India. A report published in Zee News has said that if everything goes right, the company will launch their first rocket in December 2021 with the help of ISRO.

In an interview with WION, the Skyroot team said that their company has planned to develop three rockets which they will name as Vikram I, II and III as a tribute to India’s legendary scientist Vikram Sarabhai. The engine will be called Raman as a tribute to Sir CV Raman.

“We have planned 3 rockets - Vikram I,II &III, the name is a tribute to ISRO founder Vikram Sarabhai. We have named this engine Raman, as a tribute to Nobel laureate Sir C.V. Raman. The Raman engine is powered by UDMH and NTO liquid fuels and a cluster of 4 engines would generate 3.4kN thrust,” the team said.

According to the report, the current engine is meant to be the final stage of the four-stage rocket Vikram I. Vikram I is to be powered by 3 stages of solid-fuelled engines and the final stage, which we have currently tested is a liquid-fuelled one. The fuels which will be used in the rockets will be UDMH and NTO were chosen as they are earth-storable liquids.

When asked about their sources, the team said that they have some basic facilities and the rest of the facilities are provided to them by ISRO. Interestingly, most of their components come from the MSME sector, the report said.

“We are able to source the majority of our components from various vendors and MSMEs within India. As manufacturing costs are relatively low in India, our overall development cost comes down,” the Skyroot team told WION, according to the Zee News report.

According to the report, if everything goes well, they will launch their first rocket in December 2021.