India becoming self-reliant in its fight against COVID-19 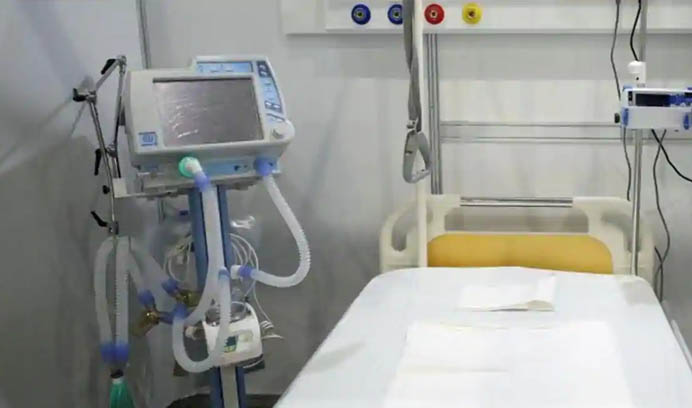 Around 22,533 ‘Make in India’ ventilators have been manufactured and delivered to various states, union territories and central institutions.

On May 12, 2020 when the whole nation was waiting for a ‘good news’, Prime Minister Narendra Modi announced ‘Atmanirbhar Bharat Abhiyaan’ or ‘Self-Reliant India Mission’ promoting manufacturing and sale of made in India products, especially safety kits like PPE kits and masks to fight COVID-19. India’s efforts towards the mission are now yielding results, suggests data released by the government.

According to an official statement, so far, around 22,533 ‘Make in India’ ventilators have been manufactured and delivered to various states, union territories and central institutions for which the government is also ensuring installation and commissioning.

While the whole world deals with the coronavirus, the Indian administration is leaving no stone unturned to contain the outbreak in the country for which it is developing health infrastructure and supplying essential items to the state governments, union territories and several institutions.

The official statement suggests that since March 11, 2020, the Union government has distributed more than 3.04 crore N95 masks and more than 1.28 crore PPE kits in the country for free of cost. Also, more than 10.83 crore HCQ tablets have been distributed to the states, UTs and several institutions.

Amid this ‘Atmanirbhar Bharat Abhiyaan’ and Make in India Mission are playing a huge role. According to the official statement, now most of the supplies made by the Union Government are domestically manufactured. The statement underlined that in the beginning, most of these products were not being manufactured in the country, however, due to increase in demand and scarcity in global supply, Indian government focused on developing the domestic industry to meet the demand.

The official statement said that to strengthen the domestic industry, Ministry of Health and Family Welfare, Ministry of Textiles and Ministry of Pharmaceuticals collaborated with Department of Promotion of Industry and Internal Trade and Defence Research and Development Organisation who together encouraged and facilitated domestic industries to manufacture and supply medical equipment like PPE kits, N95 masks, ventilators and other essential items.

According to several media reports, India which was one of the biggest importers of PPE kits and N95 masks is now making over 5 lakhs PPE kits and 3 lakhs masks on a daily basis. Apart from that, India is also exporting these essential items to several nations.

Atmanirbhar Bharat Mission was announced in May with economy, infrastructure, system, vibrant demography and demand as its five pillars. It was launched with a focus on businesses including MSMEs, poor including migrants and farmers, agriculture, growth and government reforms.