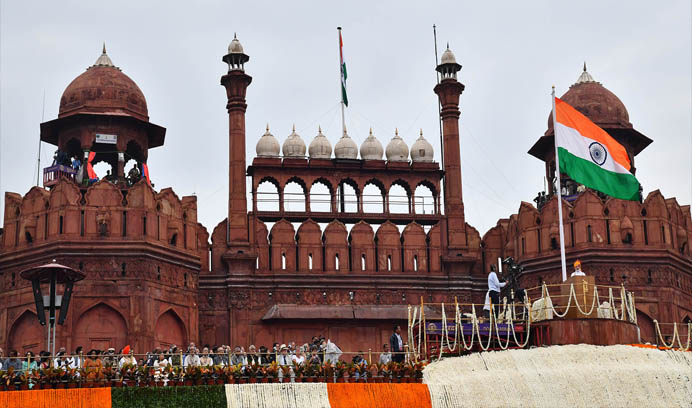 While the Covid-19 pandemic has ensured that this year’s Independence Day celebrations will be a restricted affair, all arrangements are in place for Prime Minister Narendra Modi to unfurl the national flag at Delhi’s Red Fort and give a speech.

According to an NDTV report, the Prime Minister will unfurl the tricolor at 7.30 am; this will be a speech expected to last between 45 and 90 minutes.

The Prime Minister's schedule at the Red Fort would include a guard of honour by three branches of the military - the Army, the Air Force and the Navy - with 22 soldiers and officers to take part, said the report.

Other than these, 32 soldiers are supposed to participate in the national salute and 350 Delhi police personnel will also be present, the report said.

However, the ceremony will be a restricted affair all across India due COVID pandemic that has left 22.68 lakhs people infected.

The police personnel and army officers to be present at Red Fort will be those who have either recovered from COVID19 or test negative for it. The Delhi Police personnel to be participating have already been isolated at a special housing facility, the NDTV report said.

According to the report, there will be no school children at this year’s function and only 500 NCC candidates will be allowed with a distance of 6 feet between each other.

The number of guests has also been reduced from 500 to 120 with 60 people on each side of the rampart. Presence of the media has also been restricted and those having to stay close to the Prime Minister have to test negative for the virus, the report said.