Every Indian has access to Covid-19 test lab within 3 hours of travel: Health Minister 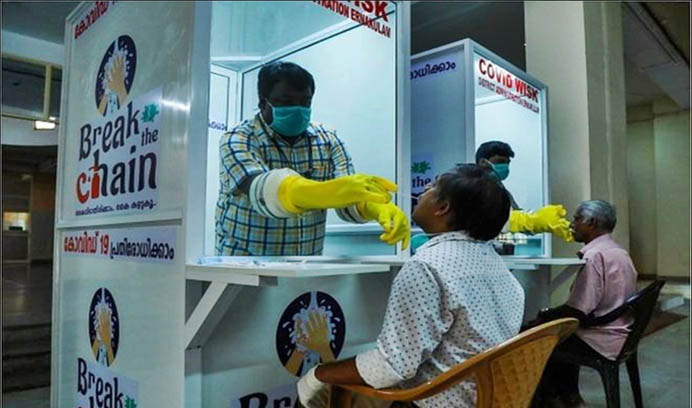 Starting from one lab in the country, India today has 1,370 labs with COVID-19 test facility, with each person having access to at least one lab within 3 hours of travelling time. “33 of the 36 States and UTs exceed WHO’s recommendation of testing 140 people per million per day”, said Minister for Health and Family Welfare Dr. Harsh Vardhan.

The minister was speaking with WHO Regional Director Poonam Khetrapal Singh over a video meeting about the current COVID-19 scenario of India.

He said that India has been alert since the very day, China informed WHO about the worsening situation, and that policies and measures to identify the containment zones rapidly were already being planned since then which have been successful at the rate of 50% in three states and 32% of the rest from other seven states, according to an official statement.

He mentioned that out of 36 states and Union Territories, 33 have exceeded WHO’s recommendation of testing 140 people per million per day. He also marked that the make shifts hospitals made by DRDO, are capacitated with accommodation of 1000 beds and 100 ventilators.

In addition to that there has been immense training for the front end workers and also the volunteers to work on IT to track down every detail during the pandemic. All these measures have brought down the mortality from 3.33% (18th June) to 2.11% (3rd August), making India one of the successful countries fighting COVID19.