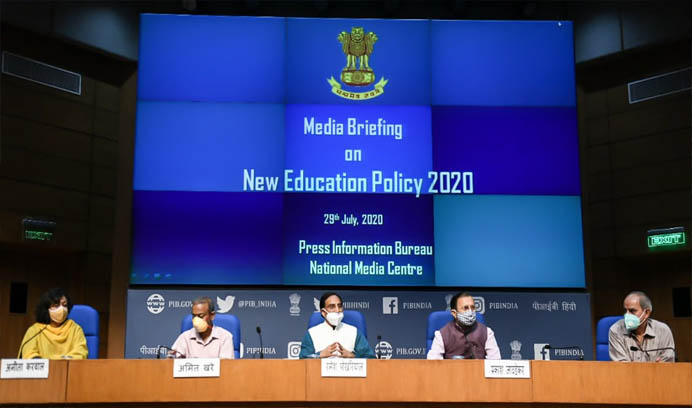 The list of foreign languages released by the NEP 2020 has no mention of Mandarin; the Education Ministry says the list is just an example.

Mandarin or ‘Chinese’ is not on the list of foreign languages to be taught in schools as per New Education Policy 2020.

A report published by The Quint states that the language was there in the draft version of the policy, but the final list had no sign of it. The draft included languages like French, German, Spanish, Chinese and Japanese as the foreign languages to be offered to the students at schools.

However, the final version of the policy stated, "in addition to high quality offerings in Indian languages and English, foreign languages, such as Korean, Japanese, Thai, French, German, Spanish, Portuguese, and Russian, will also be offered at the secondary level,” the report said.

However, as per the report of The Quint, the Higher Education Secretary, Amit Khare told the media that the list mentioned in the final list was just an example of what foreign languages could be offered to the students, and not a list of all the languages in the curriculum. He also made it clear that the schools were free to offer any language that is a part of the curriculum.

It has also been clarified by the centre that there are no security concerns over Mandarin being taught as a foreign language in schools and it has clearly stated that the system neither prescribes nor prohibits teaching any foreign language. It is all a choice to be made by the students.

pRead the full report in The Quint