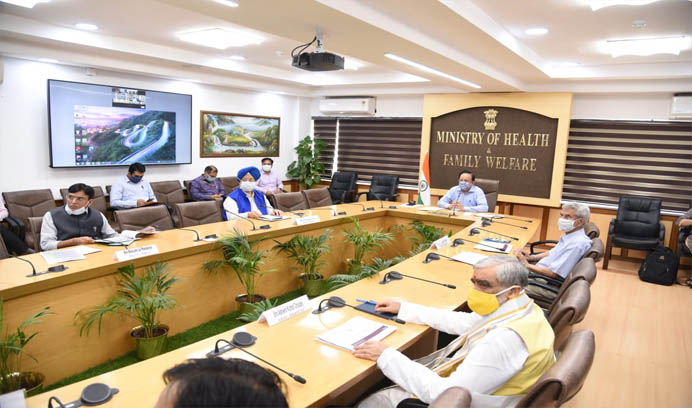 A record 6.42 lakh tests were conducted over a period of 24 hours, the minister said

With just 0.28 per cent of total COVID-19 active patients on ventilator, and one of the lowest fatality rates, 2.18 per cent, in the world, India has achieved a milestone of over 10 lakh recoveries.

According to a report in LiveMint, Union Health Minister Harsh Vardhan, who chaired the 19th meeting of the Group of Ministers on COVID-19, highlighted India’s recovery rate of 64.54 per cent.

He said of the total 5,45,318 active cases, 1.61 per cent patients need ICU care and 2.32 per cent are on oxygen support. “India’s Case Fatality Rate is also progressively reducing and currently stands at 2.18 per cent, one of the lowest globally,” he said.

The Health Minister pointed out that 6,42,588 tests were conducted in a span of 24 hours through a network of 1,331 labs, including 911 government and 420 private. This has taken the cumulative number to over 1.88 crore tests so far, the report said.

According to Livemint, an official statement said the GoM was briefed on the current status of COVID-19 in India. It was apprised about the ramping up of the domestic production capacities of various sectors for manufacturing PPEs, masks, ventilators and drugs such as hydroxychloroquine. “268.25 lakh N-95 masks, 120.40 lakh PPEs and 1,083.77 lakh HCQ tablets have been distributed to states, UTs and central institutions,” it said.