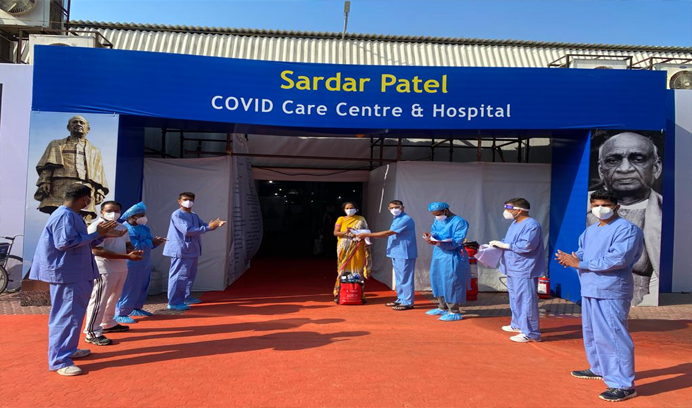 A patient being discharged from the Sardar Patel Covid Care Centre and Hospital in Delhi.

Along with the consistent improvement in recovery rate for 4 days in a row, India is among the countries having the least Case Fatality Rate (CFR) in the world at 2.35%, the report said, citing data by the Union Ministry of Health and Family Welfare. The CFR is the number of deaths for every 100 people who test positive for the infection.

The ministry said that the Tests Per Million (TPM) has also increased to 11,485 and continues to maintain an upward trend.

757 more people succumbed to the disease in the last 24 hours pushing the death toll of the country to 31,358. The co-morbid conditions of the patients is also a factor in more than 70 percentage of deaths in the country, said the Ministry.