India ramps up Covid-19 testing with record 4.2 lakh tests in a single day 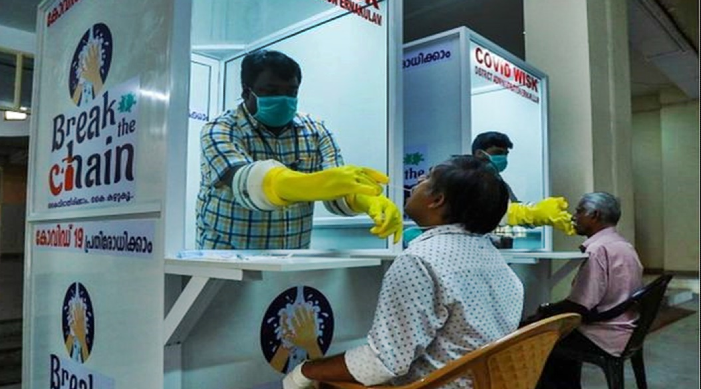 This significant increase comes after a week of over 3,50,000 tests being conducted continuously every day.

Releasing the figures on Saturday morning, the Union Ministry of Health and Family Welfare said all states and union territories had been advised to “keep up the strategy of aggressive testing, tracking & treatment which may lead to higher number of daily positive cases but would eventually achieve a decline as has been demonstrated after Union Govt's efforts in Delhi”.

According to the Indian Council Medical Research (ICMR), the total number of Covid-19 tests conducted till Friday stands at 1,58,49,068.

The government believes that sustained and coordinated efforts by the centre as well as state and union territory authorities have led to a greater and more effective containment of Covid-19.

Over the past several weeks, the health authorities have been focusing on early detection through aggressive testing along with house-to-house surveys, contact tracing and surveillance of SARI/ILI cases to actively search for cases in the highly vulnerable categories.

These efforts are complemented by effective containment plans and efficient clinical management. Treatment is being provided in hospitals for the more severe cases and while those with milder symptoms or no symptoms are put under home isolation so that the hospitals do not become overburdened.

A high-level virtual review meeting was held on Friday between the Cabinet Secretary and the Chief Secretaries and Health Secretaries of the nine states that are driving the present spurt of the active caseload in the country. These states are Andhra Pradesh, Bihar, Telangana, Odisha, West Bengal, Assam, Karnataka, Jharkhand and Uttar Pradesh.

According to an official statement issued after the meeting, the States were advised to ramp up the testing with special focus on containment zones in keeping with the “Test Track Treat’ strategy. The issue of low testing in certain states was highlighted, with the Cabinet Secretary reiterating that :sustained and aggressive testing is crucial for early identification of cases and to prevent spread of infection”.

He also stressed the need for prompt and proper delineation of containment zones as per the guidelines of the health ministry, in addition to intensifying contact tracing and house-to-house active case search within the containment zones so as to effectively break the chain of transmission.