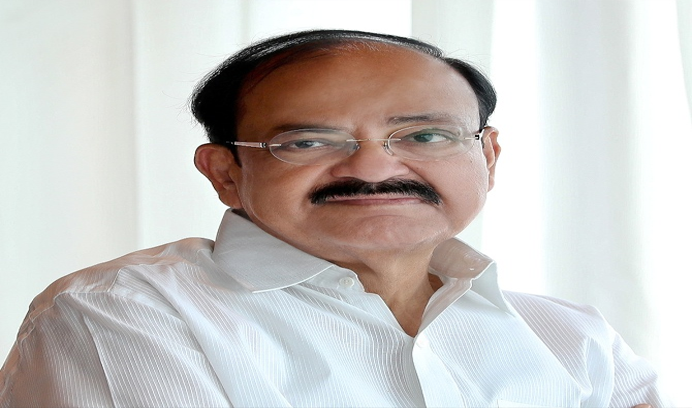 Media, as per the Vice President, worked as vehicle of much required empowerment of people for taking informed actions against the spread of virus and fighting the disease

Vice President M Venkaiah Naidu hailed the media for empowering the people with necessary information, analyses and perspectives about various aspects of the outbreak of coronavirus and helping the country in the ongoing fight against the disease.

He called media persons on the ground as ‘frontline warriors’ for their dedicated efforts in presenting the narrative of the pandemic for wider awakening.

In his Facebook post titled “Media: Our Partner in Corona Times” today, Naidu dealt at length with the role of media over the last few months since the virus outbreak and complimented the media and media persons for “for effectively discharging their core function of informing, educating and empowering the people to cope with the pandemic and for being an important part of our lives during the crisis as trusted partners.”

He said when people run into adversity, they look for information regarding its causes and consequences, its duration and the means of coping with it and it falls on the central and state governments and media to equip the people accordingly.

The Vice President noted that besides being a vehicle of much required empowerment of people for taking informed actions against the spread of virus and fighting the disease, media played the role of a chronicler of the pandemic for use by prospective historians of the pandemic and as the bridge between the people and the governments for regular communication on the preparedness.

He further said that media also set the agenda for debates in the parliamentary institutions with analytical insights into various aspects of the pandemic and its impacts on different sections of the society.

Naidu commended the spirit of the media for pursuing the mission of informing the people despite running into tough time itself.

He said; “with the economy contracting due to restrictions, advertisement revenues have dried up. Scale of operations had to be adjusted and a good number of media persons had to take a cut in the pay. But, by and large, the media persisted with the mission of empowering the people, when it is needed the most.”

He also referred to the particular problem faced by the print media of hard copies not being distributed as they were presented as the carriers of the virus.

Regarding print media, Naidu said; “I follow more closely the print media. The amount of space provided for coronavirus and the unfolding pandemic, outscored even war time reporting. Innovative product spaces have been introduced and persisted with to cater to the information hungry readers. Extensive analyses of various aspects of the disease and its impacts still continue in a mission mode.”

Naidu, however, sounded caution regarding some sections of television noting that they should have avoided and should, henceforth, desist from hyping the situation as creating panic would further destabilize the already anxious minds of the people.

He urged the netizens to use social media for disseminating only authenticated information about the virus, the disease and its cure instead of giving currency to misleading myths.

He noted that masked reporters persisted with unmasking the ground realities like the hardship of migrant workers on their way home and in the process, some of them were tested positive and some even lost their lives. Calling media persons as ‘front line warriors’ for their dedication in presenting the pandemic narrative, Naidu paid tributes to such spirited media persons and offered condolences to the bereaved families.

The Vice President observed that without the pro-active and missionary role played by the media, there would have been a vacuum in the fight against the pandemic. Regarding the agenda setting role of the media, Naidu stated that; “By highlighting various aspects of the pandemic and documenting the same in factual and analytical manner, the media has set the agenda for debates and discussions on the management of the pandemic in our parliamentary institutions. Media reports would be the principal sources of reference for raising relevant issues.”

Alluding to some comments in the media, the Vice President said that the parliamentary scrutiny of handling the pandemic is on course.

Naidu stated that “With the easing of restrictions on domestic air travel and to a lesser degree on rail travel, the Department Related Standing Committees of both the Houses of Parliament have resumed their meetings this month.

They have undertaken examination of various aspects of management of the pandemic and its fall out. This, in effect means, the required parliamentary scrutiny of the handling of the pandemic started in about three and half months of the last sitting of the apex legislature of the country. Any other shorter time frame may not have been possible given the situation prevailing in the country.”

Naidu recounted that the last Budget session of the Parliament had to be adjourned sine die on March 23rd a few days ahead of the schedule as the MPs wanted to be with the people in their hour of crisis and the Parliament is required to meet again within six months of the last sitting.

The Chairman stated that he and the Speaker of Lok Sabha Om Birla have so far held several rounds of discussions on enabling the meetings of the Parliamentary Committees and the monsoon session of the Parliament in the context of corona induced social distancing norm as the logistics of seating and participation of MPs in the proceedings required detailed deliberation and planning.

The Vice President further said that the government has recently reached out to both the Presiding Officers on holding the monsoon session of the Parliament.