Amid border standoff, armed forces allowed to speed up weapons purchases up to Rs 300 crore 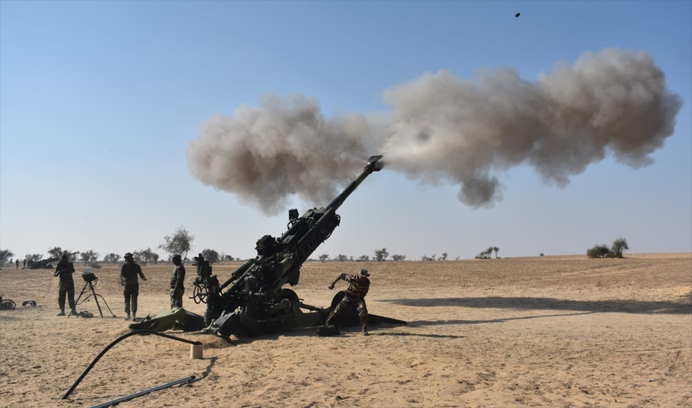 The government on Wednesday authorized the armed forces to process urgent acquisition of weapons and equipment worth up to Rs 300 crore, a move that assumes significance in view of the standoff with China along the border in eastern Ladakh.

The move would “shrink the procurement timelines” and ensure placement of orders within six months, the ministry said, adding that it would also ensure the “commencement of deliveries within one year,” the Defence Ministry said on Wednesday.

The decision was taken at a special meeting of the Defence Acquisition Council (DAC) chaired by Defence Minister Rajnath Singh, the ministry said in a statement.

According to the ministry, the special meeting was held “considering the security environment due to prevailing situation along the Northern Borders and the need to strengthen the Armed Forces for the Defence of our borders”.

The meeting, chaired by Defence Minister Rajnath Singh, came barely a fortnight after the DAC cleared the purchase of 33 fighter jets from Russia by the Indian Air Force (IAF).

The nod for the acquisition of 21 MIG-29 and 12 Sukhoi Su-30 MKI aircraft had come on July 2, amid the standoff with China and days after the Defence Minister’s visit to Moscow to attend the Victory Day Parade.

Speaking to the media after the visit, during which he met senior Russian government functionaries, he had said that Russia had assured to expedite the supply of weapons and armed systems needed by the Indian forces.

The July 2 meeting of the DAC had also approved acquisitions from the Indian industry worth Rs 31,130 crore.

The Defence Ministry had said the acquisition of the Pinaka missile systems would enable the raising of additional regiments. The Long Range Land Attack Missile Systems having a firing range of 1,000 kilometres will bolster the attack capabilities of the Navy and the Air Force.

The induction of Astra Missiles having Beyond Visual Range capability will serve as a force multiplier and add to the strike capability of the Navy and Air Force.