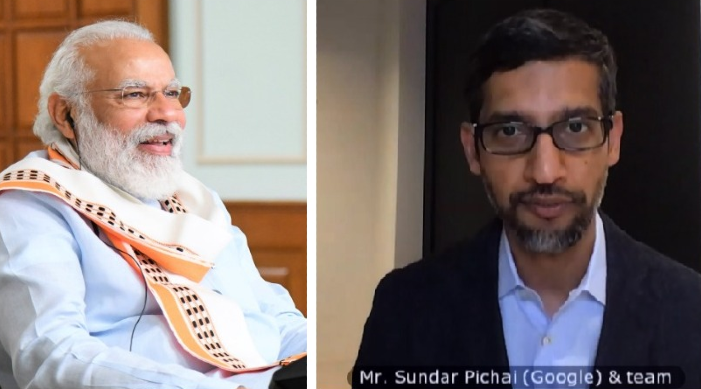 Prime Minister Narendra Modi on Monday had a discussion with Google and Alphabet CEO Sundar Pichai on a "wide range of subjects". They spoke about leveraging technology to transform lives in what Prime Minister Modi described as an "extremely fruitful interaction".

“This morning, had an extremely fruitful interaction with @sundarpichai. We spoke on a wide range of subjects, particularly leveraging the power of technology to transform the lives of India’s farmers, youngsters and entrepreneurs,” Prime Minister Modi said on Twitter.

“During our interaction, @sundarpichai and I spoke about the new work culture that is emerging in the times of COVID-19. We discussed the challenges the global pandemic has brought to areas such as sports. We also talked about the importance of data security and cyber safety,” the Prime Minister added.

Google has been associated with a host of initiatives in India over the past several years, including collaboration with the Indian Railways. It is now planning to further boost its presence in the country with major investments across a wide range of activities.

Delivering the inaugural address at the India Global Week 2020 on July 9, Prime Minister Modi had invited companies to invest in the country, saying it had one of the most open economies in the world.

“India awaits you,” he had said.