India in good position in fight against Covid-19: Amit Shah 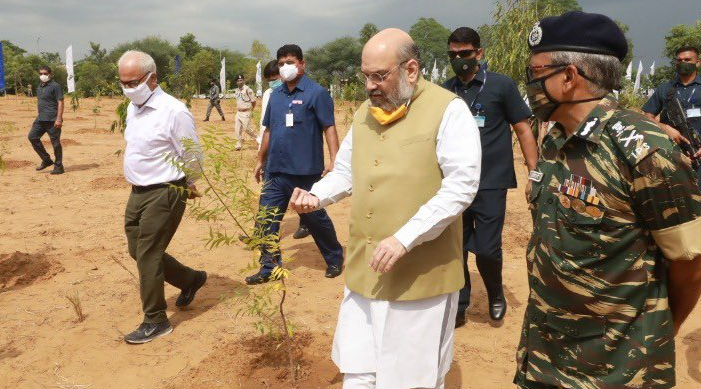 India was in a good position in its battle against Covid-19 and the country was fighting the pandemic with determination and enthusiasm, Union Home Minister Amit Shah has said.

The entire world was seeing how a successful battle was being fought in India, the Hindustan Times quoted Shah as saying during after participating in a plantation drive on Sunday.

“It was feared that how would a large country like ours would face this challenge given that we have a federal structure of governance, dense population of 130 crore people and no single chain of command,” Shah said, according to the report.

He pointed out that India had been successful in its efforts because everybody in India had joined hands; in other countries, it was the governments alone that were fighting against the pandemic, the Union Home Minister noted.

In a webinar address to the heads of CAPFs and troops, he lauded the country’s security forces for playing a big role in the battle against Covid-19. Over 30 CAPF personnel had laid their lives while on Covid-19 duties; 10 of them were from the Central Reserve Police Force (CRPF), the Hindustan Times report quoted him as saying.

The Union Home Minister had earlier participated in a mega plantation drive taken up by the Central Armed Police Forces (CAPFs) in Gurugram. The campaign has a target to plant about 1.37 crore saplings in their country-wide campuses by this month-end, the Hindustan Times report said.