Why WHO has praised India for Dharavi Covid-19 management 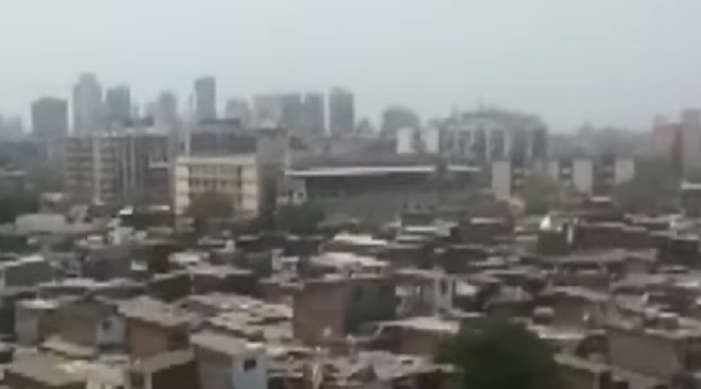 WHO’s praise for containment measures in the sprawling slums of Dharavi have come in the wake of a sharp drop in the number of Covid-19 infections over the past few weeks.

What the Dharavi Model is all about

The area was a Covid-19 hotspot in April, May and the early part of June, with the growth rate of infections touching almost 12% at one point of time in April. According to official data, this has now come down to below about 1%.

At the same time, the doubling rate of Covid-19 infections has dropped massively, from about 18 days to over 70 days now.

The average number of daily cases being reported from Dharavi stood at about 43 in May; this had come down to 19 by the third week of June.

Municipal and health authorities attribute this success to the aggressive strategy that was adopted after the number of positive cases began to rise alarmingly in Dharavi, which reported the first infection on April 1.

Rather than wait for people to be infected and come to hospitals for treatment after developing symptoms, it was decided that they would begin “chasing the virus”.

An extensive network of ‘Fever Clinics’ was activated for a massive testing, isolation, and treatment campaign. Over 2,500 doctors and healthcare workers were roped in and they were provided with thermal scanners and oximeters.

Non-government organizations (NGOs) and social workers were also roped into the effort.

Testing was carried out through a door-to-door campaign as well as by using mobile vans across the area.

Those who tested positive were moved to schools, clinics and other government facilities that had been converted into isolation centres. They were provided free medical treatment here. But, most importantly, they were not allowed to leave Dharavi unless it was a critical patient who needed to be shifted to another hospital in Mumbai.

Another step put in place early on was the regular sanitization of community toilets that are used by a large number of people in the area.

Maharashtra Tourism and Environment Minister Aditya U Thackeray took to Twitter to thank everybody, including NGOs, area residents and teams of the Brihanmumbai Municipal Corporation (BMC), who had worked in Dharavi.

“This is huge for our very own Dharavi that has chased the virus. State Govt and @mybmc teams, along with NGOs, Elected Representatives and most importantly, Dharavikars! Let’s keep this going! Thank you @WHO for recognising their efforts, and will keep going on,” he said in a post.