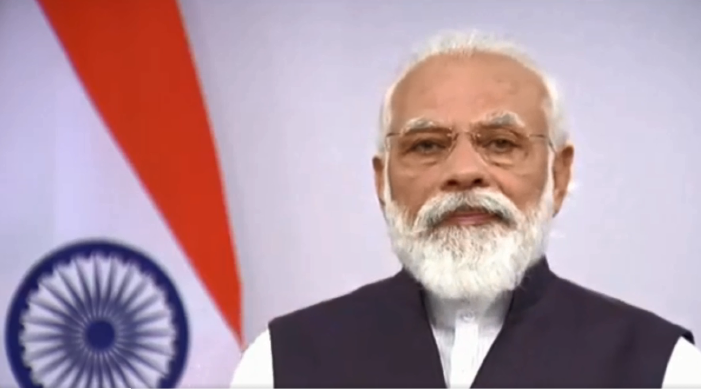 The story of global revival will have India playing a leading role, Prime Minister Narendra Modi has said.

“In these times, it is natural to talk about revival. It is equally natural to link global revival and India,” he said while delivering the virtual inaugural address at the Global India Summit 202 on Thursday.

“India is a power-house of talent that is eager to contribute,” he remarked, adding that Indians were natural reformers.

“History has shown that India has overcome every challenge, be it social or economic,” PM Modi pointed out.

The three-day event on the theme ‘Be The Revival : India and a Better New World’ being organised in the United Kingdom (UK) has 5,000 participants from 30 nations being addressed by 250 global speakers across 75 sessions.

The Prime Minister also referred to the leading role of India’s pharma industry in reducing the cost of medicines, especially for developing countries.

While there was an increased focus on people's health, the government was equally focussed on the health of the economy.

“We are already seeing green-shoots when it comes to economic recovery,” Prime Minister Modi pointed out.

There were many possibilities and opportunities in various sunrise sectors in India, the Prime Minister said.

He highlighted that India was one of the most open economies in the world and very few countries would offer the kind of opportunities that India does today.

“We are laying a red carpet for all global companies to come and establish their presence in India,” PM Modi said. “India awaits you all,” he added.

Making a strong pitch to potential investors, he referred to the recent reforms in the agriculture sector that provide a very attractive opportunity to invest in storage and logistics.

He also highlighted the opportunities for private investment in the space sector which would lead to greater access to the commercial use of space technology for the benefit of people.

“There are investment opportunities in the defence sector,” PM Modi pointed out.

Referring to the government’s push for an Atma Nirbhar Bharat, he explained that this was not about being self-contained or being closed to the world. “It is about being self-sustaining and self-generating,” he pointed out.

UK Foreign Secretary Dominic Raab, UK Home Secretary Priti Patel, and the United States Ambassador to India Ken Juster are among the other high-profile speakers participating in the event.