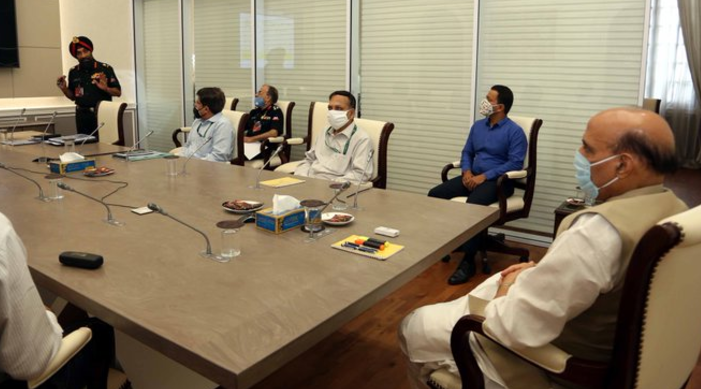 Despite opposition from China, India has given a push to infra development along India-China and India-Pakistan border

To assess progress of work in various infrastructure projects in border areas, Defence Minister Rajnath Singh on Tuesday held a review meeting with officials of the Border Road Organisation.

During the meet, as per a press note issued by the Ministry of Defence, the state of forward connectivity to border areas was reviewed and the consistent need of boosting the ongoing projects and to expedite the construction of strategic roads, bridges and tunnels in the border areas was discussed.

India has been consistently pushing for infrastructure development along the Line of Actual Control and India-Pakistan border. This was the primary reason for the violent face-off between Indian and Chinese soldiers on June 15 in the Galwan Valley, resulting in the death of 20 Indian soldiers and undisclosed number of Chinese troops.

China was opposed to the construction of 60-metre bridge over Galwan river as it feared it would lead to India consolidating its hold in the sensitive areas and take a vantage position along the 255km long strategic road from Darbuk to Daulat Beg Oldie where IAF has an airstrip at an altitude of 5065 metres, considered to be the world’s highest airstrip.

The meeting which lasted for an hour witnessed the Defence Minister praising BRO for working relentlessly, even during restrictions imposed due to the Covid-19 pandemic, on various projects.

Despite unprecedented snowfall, breaking a 60 year old record, all strategic passes and roads were cleared this year for traffic about one month before their average yearly opening dates.

The BRO executed snow clearance works on 149 roads (of 3,965 kilometres) in Jammu and Kashmir, Ladakh, Himachal Pradesh, Uttarakhand, Sikkim and Arunachal Pradesh. This ensured rapid and early movement of troops and logistics to forward areas.

The Border Roads has also inducted latest equipment and machines and has introduced modern construction methods after successful trials to expedite works on surfacing with cementations base, use of plastics, geotextiles and various techniques for slope stabilisation.

Trials have also been carried out successfully for indigenously produced modular bridges in collaboration with Garden Reach Shipbuilders and Engineers Limited (GRSE) under Prime Minister Narendra Modi’s ‘Make in India’ initiative. This will revolutionise the bridge laying capabilities in forward areas.