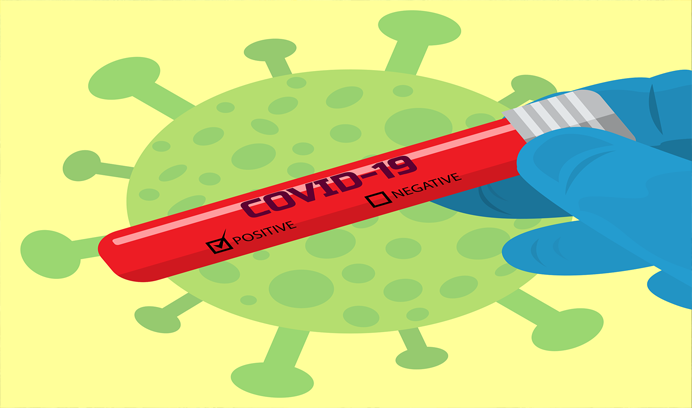 The objective is to increase the level of testing for the coronavirus infection across the country, ICMR said

The Indian Council for Medical Research (ICMR) has suggested that states should allow all medical practitioners including private doctors to prescribe COVID-19 tests to anybody fulfilling the criteria, Live Mint has reported.

This will lead to an increase in the number of tests being conducted so that the spread of the virus can be checked. The suggestion was made in a letter to all states and union territories by Union Health Secretary Preeti Sudan and ICMR Director General Balram Bhargava.

A prescription from a government doctor is necessary in some states for a Covid-19 test in a laboratory.

"In view of the increased load on government healthcare facilities, this mandatory requirement may at times pose an impediment for an individual to get tested and to lead to unnecessary delays," the letter quoted in the report says.

ICMR also recommended that laboratories should be free to test any individual in line with the apex medical body’s guidelines.

According to the report, Bhargava advised the following steps to increase the testing levels in the country:

States should set camps or use mobile vans to collect samples from high density areas. The sample from all the symptomatic individuals and their contacts should be tested.

The rate for RT-PCR testing should be fixed in all tests.

It should be mandatory for all labs to upload the testing data on the ICMR databases as well as report to state and district authorities for surveillance and contact tracing.

The ICMR DG also suggested that the states focus on contact tracing as it holds the key to contain the virus.

"It has been observed that in some states, delineation of containment zones and contact tracing has not been undertaken with rigour and meticulousness that is required," the Live Mint report quoted Bhargava as saying.