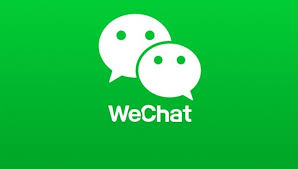 BBC news said India has banned 59 apps as they were, as per the Ministry of Information Technology, “prejudicial to sovereign and integrity of India, defence of India, security of state and public order.”

It maintained that of the total Chinese apps banned by the Indian government, there were popular computing applications like WeChat and TikTok.

The London based British public service broadcaster linked this development with the ongoing tension between Indian and Chinese soldiers on the Line of Actual Control.

The largest broadcaster of the world said both India and China deployed more troops to the Ladakh region in June.

It said clashes between the two powers on June 15 left 20 Indian soldiers dead, while satellite images appear to show that China has built new structures overlooking the Himalayan border region.

The British news outlet quoted India’s Ministry of Information Technology as saying that a ban on the 59 Chinese apps has been slapped after receiving “many complaints from various sources” about apps that were stealing and surreptitiously transmitting users’ data in an authorized manner.”

“The compilation of these data, its mining and profiling by elements hostile to national security and defence of India, which ultimately impinges upon the sovereignty and integrity of India, is a matter of very deep and immediate concern which requires emergency measures,” BBC news, quoting the ministry, said.