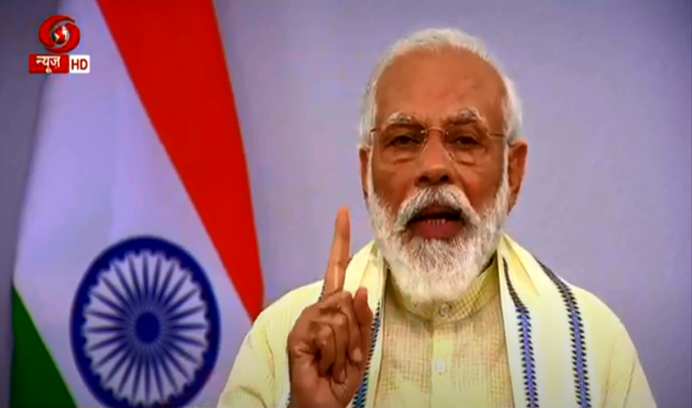 The Pradhan Mantri Garib Kalyan Anna Yojana which has been providing 5 kg free foodgrain to 80 crore people has been extended till the end of November, Prime Minister Narendra Modi announced on Tuesday.

The beneficiaries of the scheme, launched soon after the countrywide lockdown on March 25, will get 1 kg of ‘chana’ (grams) in addition to 5kg of wheat or rice each month.

The move will ease the financial burden on poor families as the festive season would begin soon and their expenses would go up, the Prime Minister pointed out.

The government will spend more than Rs 90,000 crore towards the extension of the scheme, the Prime Minister said, adding that if the amount spent towards it in the previous three months is added together, a total of almost Rs 1.5 lakh crore would be spent towards the scheme.

Soon after the lockdown was announced, a package of Rs 1.75 lakh crore for the poor was announced under the PM Garib KalyanYojana.

In the past three months, Rs 31,000 crore had been transferred in the Jan Dhan accounts of almost 20 crore poor families, the Prime Minister pointed out.

An additional Rs 18,000 crore had been transferred to the bank accounts of more than 9 crore farmers and Rs 50,000 crore was being spent on the PM Garib Kalyan Rojgar Abhiyaan to provide employment opportunities.

Farmers and taxpayers were singled out for praise by Prime Minister Modi for making it possible for the government to provide free ration to the needy and poor.