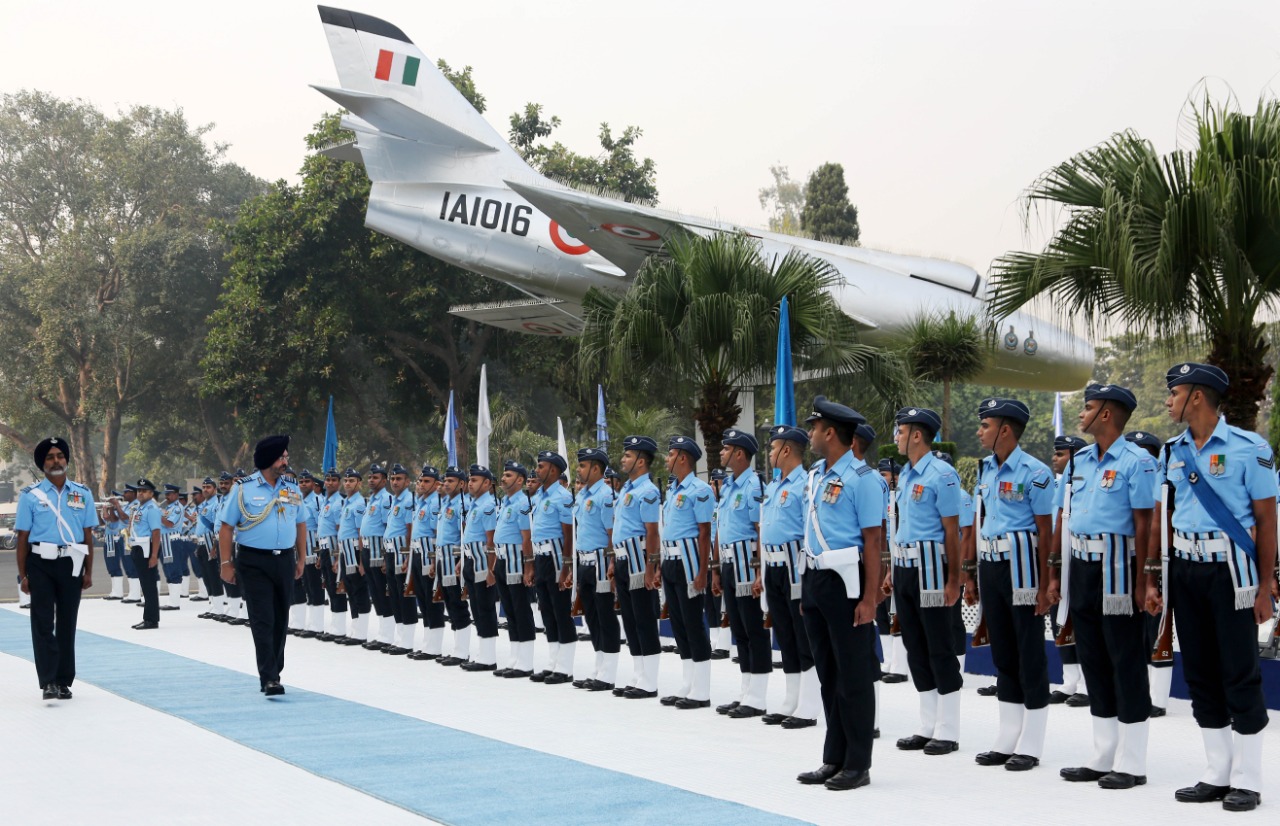 He formally conferred the ‘President’s Commission’ on 123 Flight Cadets as well as awarded ‘Wings’ to 11 officers from Indian Navy and Indian Coast Guard. Amongst the newly commissioned officers, 61 officers joined the Flying branch with 62 being inducted into Ground Duty Branches of the IAF. This included 19 women officers. Two Flight Cadets from Vietnam Air Force also successfully completed their flying training at AFA and were presented ‘Wings’ by the Reviewing Officer.

On his arrival at the CGP, the ÇAS was received by Air Marshal AS Butola, Air Officer Commanding-in-Chief, Training Command and Air Marshal J Chalapati, Commandant, Air Force Academy. With its procedures modified suitably to cater for COVID protocols, the parade presented a general salute to the CAS prior to the ‘pipping ceremony’ in which flight cadets were conferred the rank of Flying Officers. The trainees who excelled in various disciplines were awarded trophies. Flying Officer Anurag Nain from the Flying branch was awarded the ‘Sword of Honour’ and President’s Plaque for standing first in overall order of merit in the Pilots’ Course. Flying Officer Aanchal Gangwal was awarded President’s Plaque for being first in overall order of merit in the Ground Duty Branch.

While addressing the parade, the CAS commenced by paying tribute to the brave men who made the supreme sacrifice while defending the LAC in the Galwan Valley. He congratulated the graduating officers and award winners while exhorting them to work hard for achieving requisite proficiency and attaining competency in their chosen field. He also commended the instructors and teaching staff at all IAF training establishments for timely culmination of training under very difficult conditions; while respecting the strict COVID protocols. The CAS thanked parents and relatives who supported the decision of their wards to join the Profession of Arms and encouraged the young men and women to pursue their dreams with the IAF. He reminded the officers that the security scenario prevailing in our region mandates that our armed forces remain prepared and vigilant at all times. He said that the development on the LAC in Ladakh was a small snapshot of what the armed forces are required to handle at short notice. The CAS emphasised on the spirit of jointness and asked the graduating officers to don this mantle - as proudly as they would don their blue uniforms. He concluded by reminding the graduating officers that the solemn oath taken by them should be their guiding principle while they execute their duties and responsibilities.