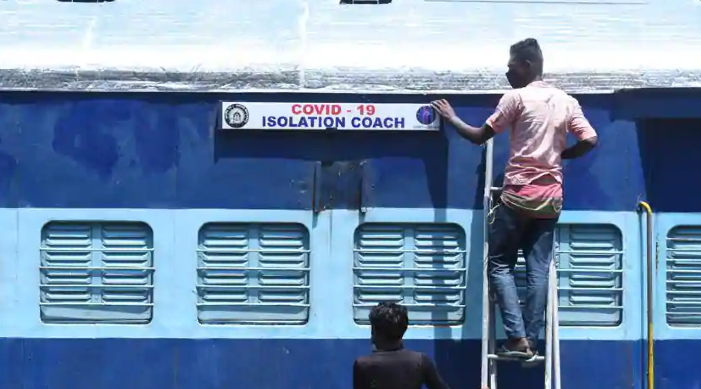 Chief minister Arvind Kejriwal last week said Delhi will need 150,000 beds by the end of July amid a spike in the Covid-19 cases

Chief minister Arvind Kejriwal last week said Delhi will need 150,000 beds by the end of July amid a spike in the Covid-19 cases.

Union home minister Amit Shah on Sunday promised 500 railway coaches for Delhi with a capacity of 8,000 beds to treat Covid-19 patients to mitigate any possible shortage of beds as he held meetings for augmenting health care infrastructure. The government also plans to use stadiums, hotels and banquet halls as makeshift hospitals in Delhi.

The isolation coaches have been stationed at nine stations in Delhi with a bulk of them--267--at Anand Vihar.

“The Delhi deputy chief minister Manish Sisodia... reviewed the coaches [on Wednesday]. They are seriously considering it and will inform us on the patients once the demand arises,” said northern railways general manager Rajiv Chaudhary. He added no patient has so far been admitted to these coaches.

In a statement, the railway ministry said the isolation coaches will be under the care of the chief medical officers of the concerned states and they will deploy doctors and paramedics for them as per the Union health ministry’s procedures. It added the railways will deploy two liaison officers for each location to assist the state governments.

The ministry said the isolation coaches can be used for patients with mild symptoms and in areas where states have “exhausted the facilities” and need to augment capacities for isolation of both suspected and confirmed cases.

The first Covid-19 coaches with 160 beds were deployed at Delhi’s Shakur Basti railway station on May 31.

Officials said the states have sought the coaches around two months after they were prepared. The railways has modified 5,231 coaches to be used as Covid-19 care centres.

The 372 Covid-19 coaches in Uttar Pradesh have been deployed at 23 locations, including Lucknow, Varanasi, Bhadohi, Faizabad, and Saharanpur.

In Madhya Pradesh, all five coaches have been stationed at Gwalior. The 20 Covid-19 coaches in Andhra Pradesh have been pressed into service in Vijayawada and the 60 in Telangana’s Secunderabad, Kachguda and Adilabad.