PM Modi on Ladakh LAC clash with China: India can give befitting reply when provoked 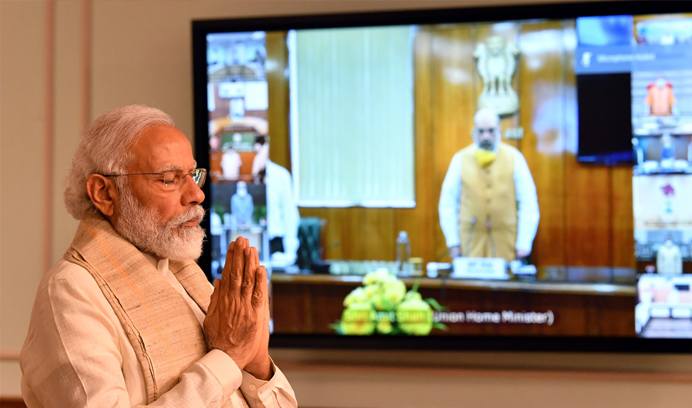 The sacrifice of our soldiers will not go in vain, Prime Minister Narendra Modi said on Wednesday.

The sacrifice of Indian soldiers will not go in vain, Prime Minister Narendra Modi has said after 20 Indian Army personnel were killed in a violent clash with Chinese troops at Galwan Valley in Ladakh on Monday night.

"India wants peace but when provoked, India is capable of giving a fitting reply, be it any kind of situation," PM Modi warned on Wednesday.

The strong message to China came as the Prime Minister began his virtual interaction with Chief Ministers of states to discuss the road forward while dealing with the Covid-19 pandemic.

The country would be proud that the Indian soldiers died fighting the Chinese troops, he pointed out.

“I want to assure the country, the sacrifice of our soldiers will not go in vain. India's integrity and sovereignty is supreme for us and nobody can stop us from protecting it,” Prime Minister Modi said.

India had always worked closely with her neighbors in a cooperative and friendly manner and always wished well for their development and welfare, Prime Minister Modi said. Whatever the differences with other countries, efforts were always made to ensure that they did not turn into disputes, he pointed out.

A two-minute silence was observed as a tribute to the 20 Indian soldiers who were killed in the violent face-off.

The Prime Minister’s Office (PMO) had earlier announced that a meeting of leaders of all political parties had been convened on Friday to discuss the situation on the India-China border.

According to Indian Army, a violent face-off took place on Monday night during the de-escalation process underway in the Galwan Valley, with casualties on both sides. It initially said that the loss of lives on the Indian side included an officer and two soldiers.

Late on Tuesday evening, it announced that 17 more personnel who were critically injured in the clash and exposed to sub-zero temperatures had succumbed to their injuries, taking the number of those killed in action to 20.