India amongst countries with least deaths due to coronavirus: Prime Minister 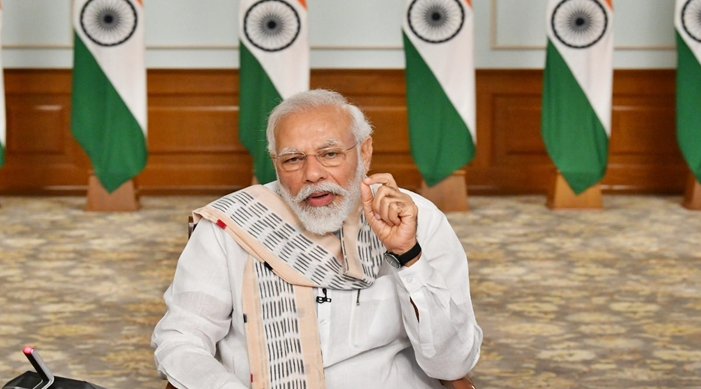 During his interaction, the Prime Minister observed that timely decisions taken to combat the pandemic have been effective in containing its spread in the country. He said, its early preparedness approach helped the country to chalk out measures to save many lives.

Mr Modi said, when India's fight against COVID-19 will be analysed in the future, the time will be remembered for how the Centre and States worked together to fight the pandemic. The Prime Minister said, they have presented an example for cooperative federalism to the world. Mr Modi said that even a single loss of life due to coronavirus is saddening and the nation should not lower it's guard even during the unlock. He urged every citizen to strictly follow all necessary precautions including wearing mask, maintaining Do Gaj ki Doori and washing hands regularly with soap. Mr Modi said, they have tried to save each and every life.

The Prime Minister said, even though India has a huge population, coronavirus has not assumed as life threatening a form as in the rest of the world. He said that health experts worldover are praising the discipline shown by Indians, adding that the recovery rate in the country is now over 50 percent. He also noted that India is amongst the nations with the least deaths due to coronavirus.