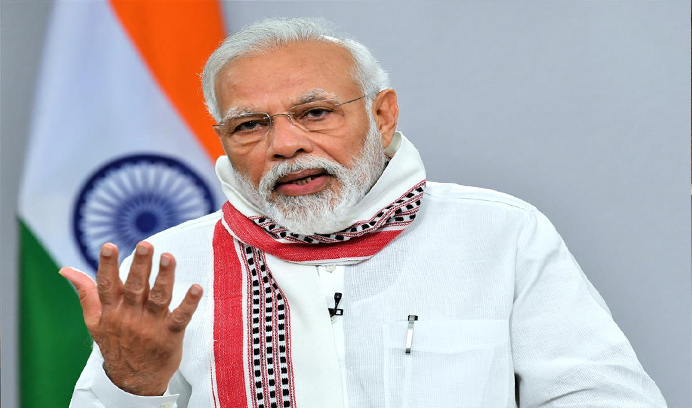 Prime Minister Shri Narendra Modi today interacted with Chief Ministers via video conferencing to discuss the situation emerging post Unlock 1.0 and plan ahead for tackling the COVID-19 pandemic. This was the sixth such interaction of the Prime Minister with the Chief Ministers, the earlier ones had been held on 20th March, 2nd April, 11th April, 27th April, and 11th May.

Timely decisions to combat the virus

Prime Minister observed that timely decisions taken to combat the pandemic have been effective in containing its spread in the country. When we look back, people will remember that we have presented an example for cooperative federalism to the world, he said.

We have tried to save each and every life, the Prime Minister said. He underlined that all modes of transport are now open, lakhs of migrant labourers have travelled back to their villages, thousands of Indians have returned from abroad, and even though India has a huge population, coronavirus has not assumed as life threatening a form as in the rest of the world. He said that health experts worldover are praising the discipline shown by Indians, adding that the recovery rate in the country is now over 50%. He also noted that India is amongst the nations with the least deaths due to coronavirus. Prime Minister mentioned that a big lesson is that if we remain disciplined and follow all rules, coronavirus will cause least damage. He emphasized on the importance of usage of mask/ face cover, without which no one should venture out. This is not just important for the person concerned but also for his family and community. He also talked about following the mantra of ‘do gaz doori’, washing hands with soap and using sanitizer. He forewarned that any laxity in discipline will weaken our fight against the virus.

Prime Minister noted that with the efforts of the past few week, green shoots in the economy are visible, including rise in power consumption which was earlier falling, fertilizer sale in May this year seeing a significant increase, a healthy increase in Kharif sowing in comparison to last year, production of two wheelers increasing, digital payment in retail reaching pre lockdown level, increase in toll collection in May and bouncing back of exports. These signals are encouraging us to forge ahead.

Prime Minister said there is significant importance of agriculture, horticulture, fisheries and MSMEs in the participating States, provisions for which have been made under Atmanirbhar Bharat Abhiyaan. Talking about the provisions to provide timely credit to MSMEs, he said that if quick disbursal of credit to industries is ensured through Bankers Committees, these industries will be able to start working quickly while also ensuring provision of employment opportunities. Smaller factories require guidance and hand-holding, he said. He mentioned the importance of working together on value chains to give fillip to trade and industry. Specific Economic Activity Points in the states should work 24 hours a day and loading and unloading should be quickened to give further boost to economic activity.

Prime Minister mentioned the benefits set to accrue to farmers through reforms in the agriculture sector, including new avenues to sell produce, increase in income which in turn would increase demand in the economy. New opportunities for North-East and tribal regions in the areas of farming and horticulture are set to be created, with opening up of new markets for organic products, bamboo products and other tribal produce. The States will also benefit from a cluster based approach for local products, he said, adding that such products should be identified at each block and district level for better processing and more effective marketing. He emphasized on the need of working together to ensure that the announcements made under Atmanirbhar Bharat Abhiyaan fructify at the earliest.

The Chief Ministers thanked the Prime Minister for his leadership during such a challenging time and uniting the country to fight for the collective fight against the virus. They provided feedback about existing health infrastructure in their states and efforts for augmentation to tackle the impact of the virus. They mentioned about the awareness campaigns being run by them, help being provided to workers who have returned home, usage of Aarogya Setu app, and kickstarting of economic activities in the states.

Focus on both life and livelihood

Prime Minister thanked the Chief Ministers for their views. He underscored the importance of being focussed on both life and livelihood. He said that on the one hand, health infrastructure will need to be boosted with emphasis on testing and tracing, economic activity will also need to be increased. The decisions need to be taken keeping in view both current needs and future requirements.

He asked the leaders to continuously keep driving in the fact that danger of the virus is not over yet, and the need to remain vigilant while opening up the economy.

Home Minister Shri Amit Shah said that while we have so far fought a successful battle against the pandemic, the road ahead is long and suggestions given by the Prime Minister regarding use of mask/face cover, maintaining do gaz doori etc should be followed by all.

Prime Minister had held a detailed meeting with senior ministers and officials on 13th June to review India’s response to Covid-19 pandemic. The meeting had reviewed the national level status and preparation in the context of the pandemic.

It was observed that out of the total cases two-thirds are in 5 states with an overwhelming proportion of cases in big cities. In view of the challenges being faced, particularly by the large cities, it was discussed to augment testing as well as the number of beds and services to effectively handle the peak surge of daily cases.

Prime Minister had taken cognizance of the recommendations of the Empowered Group on city- and district-wise requirements of hospital beds/isolation beds which will be required and instructed Health Ministry officials to undertake emergency planning in consultation with the States/UTs. He had also advised the Ministry to ensure suitable preparations in view of the start of the Monsoon season.