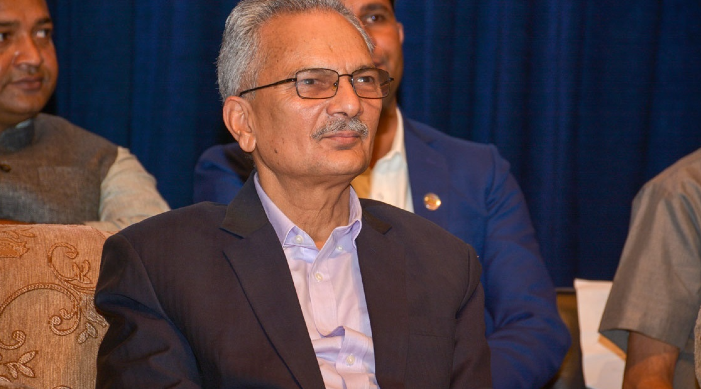 The former PM also said that he was holding talks with the Indian leaders to create environment conductive for a dialogue on the matter.

At a meet the press in Gorkha bazaar, Dr Bhattarai revealed that Indian leaders have frequently urged him to build an environment for talks.

“India’s External Affairs Minister S. Jaishankar and Finance Minister Nirmala Sitharaman are (my) fellow alumni at Jawaharlal Nehru University (JNU). There are frequent contacts with them also for having an emotional attachment with them,” Dr Bhattarai further elaborated his statement for bilateral talks.

“Now, Prime Minister KP Sharma Oli should work responsibly for this,” he went on to say. Dr Bhattarai was of the view that the government should take the lead role for talks and there will be his supportive role to facilitate it.

He stressed the need for troubleshooting the current border dispute with India on the basis of talks and dialogue while adding that opting for military measure to bring back the country’s encroached land would be irrelevant in the present context.

“Kalapani is our land. None can take our land away. Now, we have to look for ways for the dispute resolution through political and diplomatic means in a highly responsible manner,” he said.

He also claimed that mere statements without initiatives for talks would not resolve the problems.

The former PM said that it was possible from the Eminent Persons’ Group (EPG) to resolve all issues of border dispute, transit protocol, commerce and other agreements and treaties in a unified manner between the two countries.