Covid-19: The woman who has become India's 'corona voice' 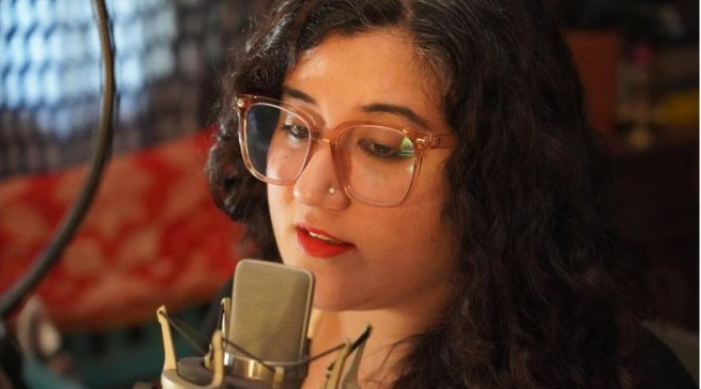 For millions of Indians, Jasleen Bhalla's is a familiar voice

For the past two-and-a-half months, her warm and soothing tones are the first thing people hear when they make a telephone call.

The voiceover artist, who's behind the iconic coronavirus message - known locally as a "caller tune" - instructing Indians how to behave during the pandemic, has come to be known as India's "corona voice".

A voice actor for a decade, she is also the voice of a private airline, one of India's biggest telecom companies and the Delhi Metro's airport service - it's her voice that tells you what the next station is and whether the doors will open on the right or the left.

But, it's the coronavirus campaign that has brought her into the limelight.

In the past week, since it became known that the Covid-19 awareness message is spoken by her, Ms Bhalla has become a celebrity of sorts. The Indian press has picked up her story, on social media her voice has been described as "superb" and "spiffing", and memes and TikTok videos have been made around her audio clip.

But the pandemic, she says, is "making me stand out because the nation is unified in fear, and they are also unified in the knowledge that here's this voice I hear every day and so does everyone else".

"I'm obviously loving the popularity, the attention," she says, "but then who wants the tag of corona voice?"

Jasleen Bhalla is the voice of Delhi Metro's airport service
It began with a call she received from a studio in early March saying there was a message from India's health ministry that needed to be recorded urgently.

"My producer said it had to be 30 seconds, you have to sound warm and friendly, but also concerned and responsible and, at the same time, instructive," she told me over the phone from her home in Delhi.

It was the early days of the pandemic in India and not everyone knew the protocols they had to follow to stay safe.

The message she was asked to record began with "Namaskar! Coronavirus ya Covid-19 se aaj poora desh lad raha hai… [Greetings! The entire country is fighting against coronavirus…]".

It went on to advise people to "stay home, stay safe" - not to leave home unless absolutely necessary, wear a face mask when going out, wash hands frequently with soap and maintain social distancing to prevent the spread of the coronavirus.

Is social distancing an oxymoron in India?
Five questions about India's rising Covid-19 infections
"I was asked to record it in English and Hindi. I did four or five takes of each, sent it over and forgot about it," she says, "until a couple of days later when my family and friends started telling me: do you know you're everywhere when we call?"

Ms Bhalla says when she recorded the campaign, she had no idea where it was going to be used or that it would have such a wide reach.

But telecom firms, instructed by the government to replace caller tunes with the public health message, played and replayed the 30-second audio clip, making Ms Bhalla's voice among the most recognised in India today.

In the past few weeks, she has recorded two more updates as the situation has evolved and the guidelines changed.

The government has been using different mediums to create awareness about Covid-19
"The second message was recorded when doctors and nurses and other frontline staff were being shunned by people and I was asked to remind them that 'we are fighting the ailment, not the ailing'.

"It was very emotional, I had goosebumps as I read out those lines. They were beautiful and conveyed my emotion too," she says.

The third message was recorded when social distancing rules changed and people had to be told to maintain a distance of two metres and not one, as earlier instructed.

Some people, though, have complained that they find the message "irritating" because they are being made to hear it repeatedly. Some even put out advisories on how to bypass it.

Ms Bhalla says she understands that some people find the message too repetitive and might want to give it a miss - after all, she also has to listen to it when she makes a call.

"I know it's going to go on for 30 seconds, and it's my voice telling me to wash your hands and wear your mask and use your hand sanitiser," she says.

"But we are in a grave situation, aren't we?

"For caution to become the new normal for all of us, I think this bitter-sweet pill is much needed. It's a logical and effective tool to spread the message far and wide."