Tiger poachers have emerged as unlikely conservationists in an Indian village 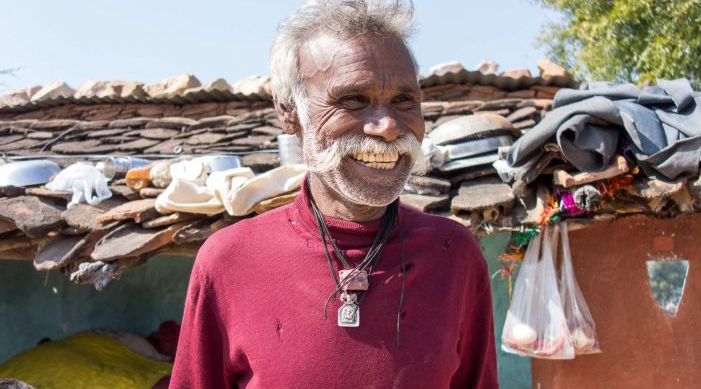 Lakhaan Singh from India's nomadic Mogya tribe grew up killing tigers as part of a traditional way of life. But he has now turne

Lakhaan Singh recalls the day he first killed a tiger as clearly as the emotional conflict it caused, eating away at him from the inside

When the moment came, he thought of himself, of his late father and the mighty Hindu goddess Durga.

A painting of an Indian goddess with eight arms on the back of a tiger with two supportersHindu Goddess Durga rides a tiger in
triumph(WellcomeCollection.Org) Charged with combating evil and protecting those weaker than herself, the many-armed Durga is often depicted majestically riding a big cat.

Singh's father was such a devout Hindu he would scald his own hands with boiling oil to pay respects to the deity. Now, here was Singh, about to slay a tiger.

"My dad was an incredibly religious person," he says. "But times were tough ... I did it for my family."

A tiger skin back in 2003 could fetch half a million rupees, around $9,500 — a fortune for families like Lakhaan's. And for the nomadic Mogya tribe, killing India's national animal was not a sinister or repulsive crime — it was a way of life.

"It used to be a profession but now it's considered illegal everywhere, it's nonsense," the 69-year-old explains, his silver handlebar moustache catching the light of the mid-afternoon sun. "Even if they did it for their families."

Poachers such as the Mogyas once hunted hundreds of tigers a year, pushing them to the brink of extinction. At the peak of the tiger trade in 1998, this community alone may have hunted as many as 120 skins, Singh says.