All North Eastern States to have e-office: Dr. Jitendra Singh 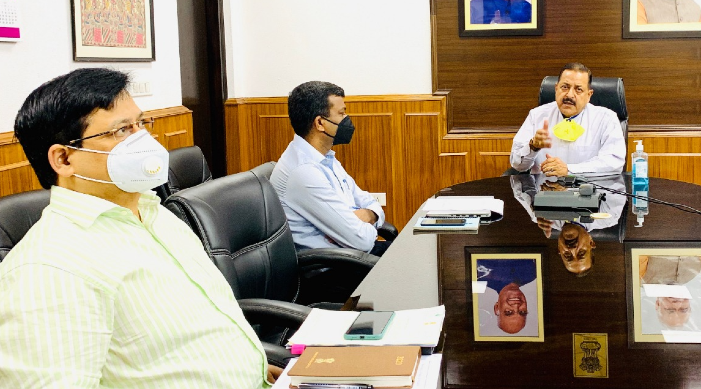 Union Minister of State for Personnel, PG and Pensions Dr. Jitendra Singh today advised to set up e-office in all 8 North Eastern States in a stipulated timeframe. Addressing a webinar on the subject attended by Chief Ministers and IT Ministers of the region, Dr. Singh said that the e-office project will fulfill the vision of Prime Minister Shri Narendra Modi of “Minimum Government, Maximum Governance” and will ensure ease of administration, transparency and citizen-centric delivery mechanism. He said that e-office project is also a cardinal pillar of Digital India and so far 55 Ministries in Government of India has implemented the same.

Referring to the Shillong Declaration, Dr. Jitendra Singh said that promotion of e-office and quality of its services were the key takeaways and now the time has come to fulfill this ambitious target. The Minister has assured all technical and financial support to achieve the e-office mission to be implemented right from Civil Secretariat to District level in all the States.

Dr. Singh said that the progress of e-Office in 75 Central Ministries/ Departments enabled the creation of a digital central secretariat which ensured that work from home was possible in the COVID-19 lockdown period. The implementation of e-Office in State Secretariats of North Eastern States will result in creation of paperless State Secretariats in a time bound manner where officers would be empowered with virtual private networks, digital signature certificates and promote less contact governance.

The Chief Ministers and IT Ministers in their presentation pointed out about the infrastructure bottlenecks like network connectivity and lack of funds to implement the e-office project, which the Union Minister said would be looked into seriously.

In his opening remarks, Secretary DARPG, Dr. K.Shivaji said that entire North-Eastern Region has the natural advantage of IT savvy youth power to implement the e-office in an effective manner. Dr. Shivaji also conducted a very productive technical session before the webinar was addressed by the Union Minister. In his remarks, Secretary DoNER, Dr Inder Jit Singh said that DoNER is the first Ministry in the government of India to implement 100 percent e-office in processing of files.