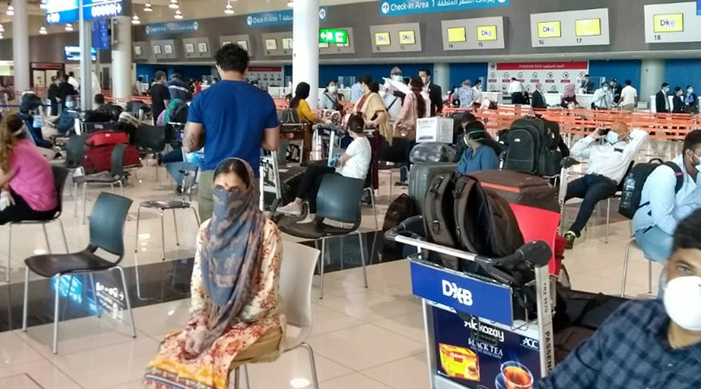 An Air India flight repatriated 153 Kashmiris from Dubai on Thursday, the Consulate General of India in Dubai revealed

“Starting immediately, number of flights from Gulf under phase-3 of Vande Bharat Mission now increased from originally planned 107 to 165.”

The third phase of the Vande Bharat Mission to bring back Indians stranded overseas due to the Covid-19 induced lockdown got underway on Thursday and will continue till July 2.

"I would like to announce that the Phase III of Vande Bharat Mission has been initiated from today onwards. It will last till July 2. Phase III will have 432 international flights from 43 countries reaching 17 states and UTs. In this phase, we also have 29 flights from private carriers -- 24 IndiGo (GCC, Malaysia); 3 GoAir (GCC) and 2 Vistara (Singapore). Ramping up our operations in Africa, we have arranged flights from six countries in Africa.

A total of 1,65,375 Indians stranded abroad have returned to the country as part of the Vande Bharat Mission till Thursday, according to the MEA spokesperson.