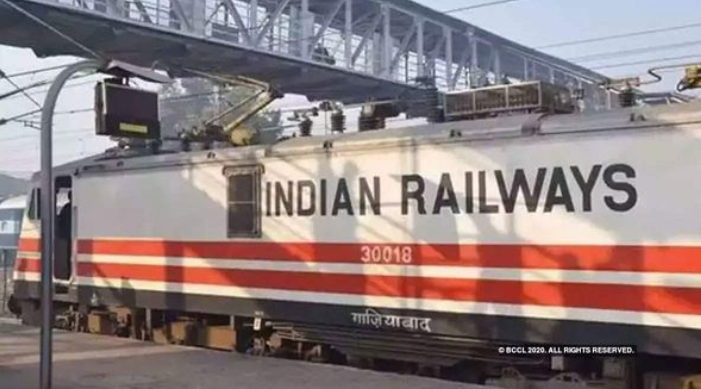 From April 1 to June 10, Indian Railways has transported 178.68 million tonnes of commodities through its uninterrupted freight trains operations across the country

New Delhi: The Indian Railways has created a world record by commissioning the first high rise Over Head Equipment (OHE) and successfully running double-stack containers in the electrified territory on the Western Railway.

This achievement is a first of its kind in the entire world and will also boost the ambitious mission of Green India as a latest green initiative over Indian Railways.

With this development, Indian Railways has proudly become the first railway to run double-stack container train with high reach pantograph in high rise OHE territory, the operations of which successfully commenced on June 10 (Wednesday) from Palanpur and Botad stations in Gujarat, the Railway Ministry said in a statement.

The ministry mentioned that the thrust of such kind of initiatives is on innovation, speed and customisation in freight operations, adding that in spite of the time that was lost under the nationwide lockdown to combat the spread of novel coronavirus, the national transporter is focusing to surpass last year's freight figures.

From April 1 to June 10, Indian Railways has transported 178.68 million tonnes of commodities through its uninterrupted freight trains operations across the country. The ministry further added that from March 24 to June 10, more than 32.40 lakh wagons carried supplies to keep the supply chain functional.