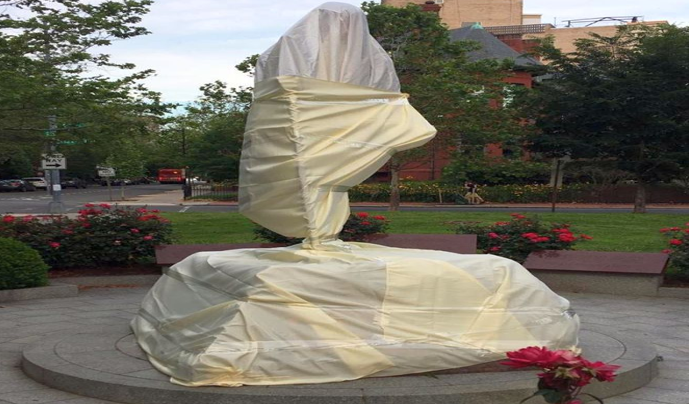 Gandhi’s methods of peaceful protests and civil disobedience inspired many leaders of civil rights movements across the world.

Is it not an irony that in Washington DC, Gandhi’s statute was damaged by elements who protested the custodial killing of George Floyed, the 46-year-old black man whose death continues to give sleepless nights to US politicians in America? US President, Donald Trump expressed his disappointment over the incident, saying, “It was a disgrace.” The shocking act was also widely condemned by several US lawmakers.

But the question is not that of tendering of apologies or expressing shock over the incident, but the moral turpitude of those who cried from their rooftops against racial discrimination in America. Have they forgotten that Mahatma Gandhi had played a significant role in fighting discrimination and oppression during the apartheid era in South Africa?

His methods of peaceful protests and civil disobedience inspired many leaders of civil rights movements across the world.

The Gandhian principles of peace and non-violence even inspired Martin Luther King, Jr., as he fought passionately for the rights of African-American people in the US.

North Carolina Senator Tom Tillis couldn’t have phrased it better when he said, “Gandhi was a pioneer of peaceful protesting, demonstrating the great change it can bring. Rioting, lootings, and vandalizing do not bring us together.”

While the heinous killing of George Floyd does not diminish the validity of the Black Lives Matter protests, the movement will be far more impactful if protesters could use Gandhian principles and employ peaceful methods.

The violent nature of the protests missed the point and did little to honor the memory of George Floyd and other unfortunate victims of systematic racism. They could have used the iconic monument to make their voice against injustice and racial discrimination strong.

Perhaps this was the reason when on the intervening night of June 2 and 3, unruly elements of the #BlackLivesMatter protests vandalized the Mahatma Gandhi statue, US ambassador to India, Ken Juster was quick to tweet his apology.

“So sorry to see the desecration of the Gandhi statue in Washington, DC, please accept our sincere apologies,” Juster tweeted.

There are not many statues of foreign leaders on the federal land of Washington DC and Mahatma Gandhi is one of the few to have earned that distinction. It was inaugurated by former Prime Minister of India, Atal Bihari Vajpayee in the presence of then US President Bill Clinton in September 2000 during his state visit to the US.