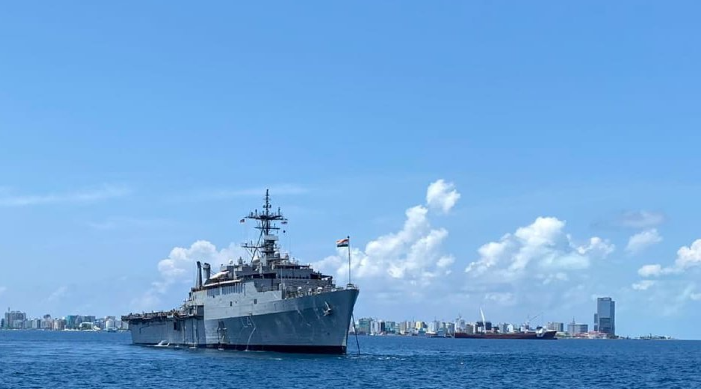 COVID-related social distancing norms have been catered onboard INS Shardul and the ship has been specially provisioned for the evacuation operation, including embarkation of additional medical staff, doctors, hygienists, nutritionists, medical stores, rations, personal protective equipment, face-masks, lifesaving gear etc. In addition to authorised medical outfit, medical equipment specific to dealing with COVID-19 including innovative products developed by the Indian Navy during the ongoing COVID-19 crisis is also being carried onboard.

The evacuated personnel would be provided the basic amenities and medical facilities whilst undertaking the sea-passage to Porbandar. Special isolation compartments have also been earmarked for any contingencies. In view of the unique challenges associated with COVID-19 including asymptomatic carriers, stringent protocols are being stipulated during the passage.

After disembarkation at Porbandar, the evacuated personnel will be entrusted to the care of State authorities.