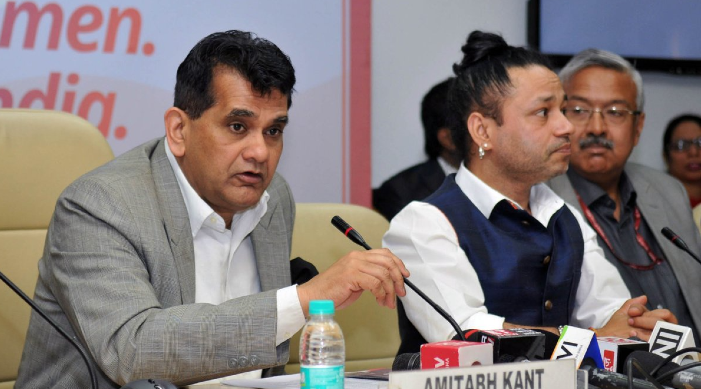 Of the total 380 million Prime Minister Jan Dhan Yojna bank accounts opened in the country, around 53 percent are in the names of women

India could be able to provide the poor and vulnerable section of the society financial assistance during the Covid-19 pandemic “due to a robust digital financial infrastructure” in the country.

This was revealed by NITI Aayog CEO Amitabh Kant during international webinar recenty.

He also said that of the total 380 million Prime Minister Jan Dhan Yojna bank accounts opened in the country, around 53 percent are in the names of women. The NITI Aayog CEO said PMJDY which enabled opening of zero-cost, zero-balance bank account, allowed establishment of direct connection between the people and the government.

According to him, technology has been a great enabler, especially in the Aspirational Districts of India.

In April 2020, close to a billion UPI and 403 million AePS transactions were recorded, he said.

Participating in the webinar, BMGF Country Director Hari Menon pointed out that the creation of India’s robust digital infrastructure has not been an overnight process but a sustained effort to lay its foundational layers: building digital infrastructure, targeted G2P transfer initiatives, PFMS linkage and NPCI’s role in enabling digital payments.

SBI Chairman Rajnish Kumar mentioned that as 65 percent of India’s population have personal bank accounts in public sector banks, the provision of financial services to these citizens during the pandemic was easily facilitated through efficient functioning of 62,000 Bank Mitras.

Looking towards the future, CEO NPCI Dilip Asbe said enabling the One National One Card system is a step in the right direction and we must tread that path while continuing to focus on financial literacy and bolstering cyber security.