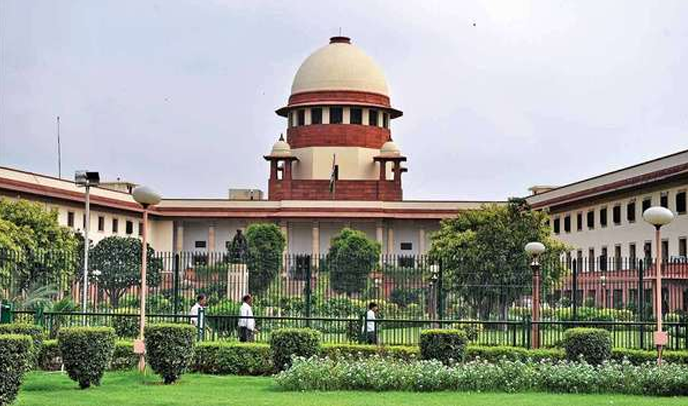 The risk posed by Covid-19 was conveyed to the Markaz’s management on several occasions during meetings held in the police station, the Centre said

The Markaz that organised the Tablighi Jamaat gathering at Nizamuddin in Delhi in March deliberately disobeyed directions from authorities despite being informed of the situation arising from the spread of Covid-19, the Central government told the Supreme Court on Friday.

The Centre, in an affidavit filed through Ram Vilas Premi, under secretary in the home ministry, said the Markaz’s management was contacted by Delhi Police on March 21 and informed of the risk posed by Covid-19. The organisation was asked to send back foreign members of the Jamaat to their countries and Indian members to their states.

“However, no one paid any heed to the lawful directions of Delhi Police and to the contrary, an audio recording purportedly by Maulana Mohd Saad, head of the Tablighi Jamaat, was found to be in circulation on social media in which the speaker was heard asking his followers to defy the lockdown and social distancing and to attend the religious gathering of Markaz,” the affidavit said.

The risk posed by Covid-19 was subsequently conveyed to Saad and the Markaz’s management on several occasions during meetings held in the police station but the organisation “deliberately disobeyed” the directions of authorities, the Centre said.

The Nizamuddin area of Delhi was sealed on March 30 after it came to light that many people, who attended a religious event organised by the Tablighi Jamaat in March, were found to be infected by the Coronavirus. At least 16,500 people visited the Jamaat’s headquarters in Nizamuddin during March 13-24.

A person named Supriya Pandita approached the Supreme Court in April to seek a CBI probe into alleged lapses by the Delhi government and Delhi Police that led to the congregation at the Markaz.

“Ignoring all social distancing norms to avoid the deadly coronavirus, hundreds had been staying in the 100-year-old mosque since March 8. More than 2,000 delegates from Malaysia, Indonesia, Saudi Arabia and Kyrgyzstan attended the congregation of Tablighi Jamaat,” Pandita told the court.

The Supreme Court sought the Centre’s response when the matter was last heard on May 27.

The Centre, in its response, told the court that the probe by Delhi Police into the incident is at an advanced stage and a CBI investigation isn’t necessary. The bench headed by Chief Justice SA Bobde then adjourned the case for two weeks.

Pandita alleged that Delhi Police failed to arrest Saad, who organised the religious event that resulted in a surge in Covid-19 cases. People who attended the gathering tested positive in different parts of India, causing “cluster transmission” of the virus, Pandita contended.

The Centre highlighted that Delhi Police are conducting an investigation into the incident on a day-to-day basis and gave details of actions taken against the violators.

“SHO police station Hazrat Nizamuddin requested the crime branch to take necessary action as per law against Maulana Mohd Saad and others of Markaz for their unlawful acts. Union Ministry of Home Affairs has blacklisted 960 foreigners present in India on tourist visas for their involvement in Tablighi Jamaat activities. MHA has also directed DGPs of all concerned states/union territories to take necessary legal action against all violators (who attended Markaz),” the affidavit said.