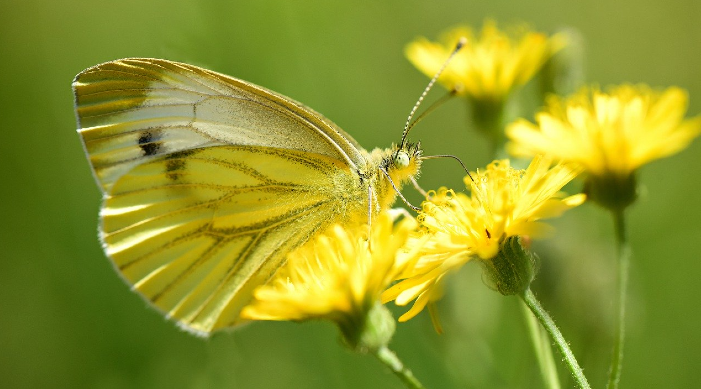 Some residents of Delhi have, between March 25 and May 31, the 68 days that India was under a lockdown to fight Covid-19, and they are delighted -- these are butterfly species uncommon to Delhi and its environs.

These sightings may be a result of less pesticide spraying by gardeners who were also away from work; lower concentrations of certain pollutants in the air because of near-zero traffic and no construction or industrial activity; and a prolonged spring as maximum temperatures were lower than normal in April and in the first week of May in Delhi. Butterflies are extremely sensitive to both pesticides and pollutants experts said.

“None of them are absolutely new to Delhi but we haven’t seen them in the past four to five years. They have been documented by Torben B Larsen in 1986. This time many butterfly enthusiasts living in various parts of city spotted them in Moti Lal Nehru square, Noida, JNU, Rohini, Chanakyapuri etc. Butterflies are bio-indicators so they may have been spotted because of low air pollution. They are extremely sensitive to pollutants and pesticides,” said Surya Prakash, zoologist, School of Life Sciences, Jawaharlal Nehru University and an expert in butterflies and birds.

The Tropical Indian Fritillary and Indian Jezebel are both migratory species that prefer milder weather and are common in the Western and Eastern Himalayas while the Common Mime prefers a moist habitat. The Tropical Indian Fritillary prefers flowering plants of the Violaceae (aka the violet ) family; Jezebel prefers a species of parasitic plants that grow on branches and also the Flame of the Forest.

“The first four species are definitely uncommon for Delhi. I don’t live in Delhi anymore but I have lived there. Tawny Coster can be commonly seen in Delhi. Butterflies are extremely sensitive . Often they don’t reach the butterfly stage; insecticides kill them in the caterpillar or pupa stage when they can’t fly away. We don’t see them becoming butterflies at all,” said Sanjay Sondhi, a Denradun based naturalist and butterfly expert.

According to United Kingdom’s Butterfly Monitoring Scheme, butterflies have short life cycles and thus react quickly to environmental changes. “Their limited dispersal ability, larval foodplant specialisation and close-reliance on the weather and climate make many butterfly species sensitive to fine-scale changes. Recent research has shown that butterflies have declined more rapidly than birds and plants emphasising their potential role as indicators,” reads the Scheme’s website.

Indian Institute of Science runs Butterflies of India website which lists butterflies spotted in various parts of the country.