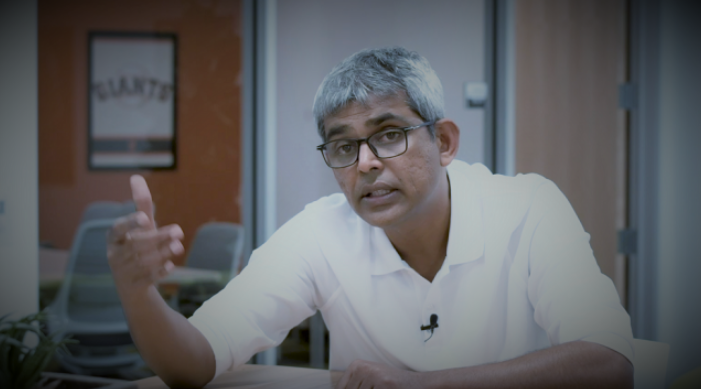 “The opportunity to bring Google’s leading technology into the enterprise is truly exciting,” said Razack, who lives in Cupertino, CA.

He said that the current Covid crisis has accelerated digital transformation of many industries and Google Cloud will help enterprise customers digitally transform by “bringing solutions, not just technology.”

“Many industries will be reshaped,” he said. “Retail stores will not look like the retails of last year. Businesses will reshape with technology and Google has the best technology. Our focus is to solve tomorrow’s problem, not yesterday’s.”

The former SAP and Infosys veteran’s hiring is part of Google’s efforts to become the leading player in the growing enterprise cloud arena, where the company is third behind AWS and Microsoft.

Razack, who first joined SAP in 2002, worked for the company for more than 15 years, in multiple positions.

In between, he worked for Infosys as Head of Platform for three years, from October 2014 to Oct 2017, under the then-CEO Vishal Sikka.

Most recently, from March 2019 till last month, he served as the Chief Product Officer of SAP in Palo Alto, CA. Before that, he worked as the Head of Technology & Architecture of SAP Cloud for 16 months.

Prior to joining Infosys, Razack served as Executive Vice President of Custom Development at SAP, then a $450 million business.

Born in Palakkad, Kerala, he grew up in Bangalore. After finishing 10th grade at BEML High School in Kolar Gold Fields, he completed his 11th and 12 at Vijaya College in Basavanagudi, Bangalore.

Razack earned his bachelor’s in electronics and communication engineering degree from the University of Mysore in 1993. An avid cricket enthusiast, he played for Mysore University while in college.

Razack came to the United States in 1994 to do a master’s electrical engineering at Southern Illinois University Edwardsville.

He lives in Cupertino, CA, with his wife, Femina, and their three children.