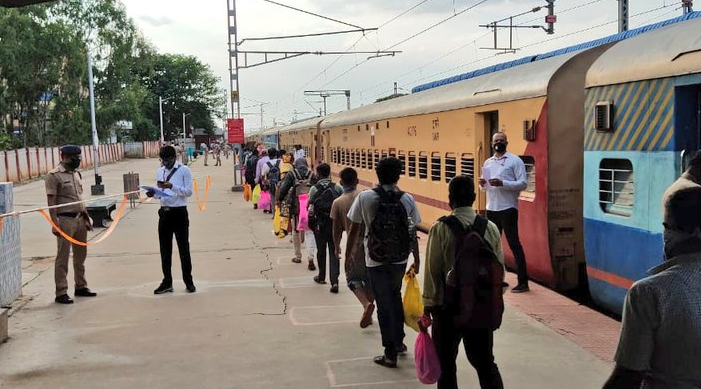 According to the Ministry of Railways, as many as 4155 Shramik Special trains were operationalized across the country till June 2

Though these trains originated from various states, but top five states and union territories from where maximum trains originated were: Gujarat with 1027 trains, Maharashtra 802 trains, Punjab 416 trains, Uttar Pradesh 288 trains and Bihar 294 trains.

These trains were terminated in various states across the country.

It may be noted that trains running didn’t face any congestion.

In addition to Shramik specials, railways also ran 15 pairs of special Rajdhani trains from May 12 and 100 pairs of Special Mail and Express from June 1.