India evacuates 10,000 ahead of cyclone 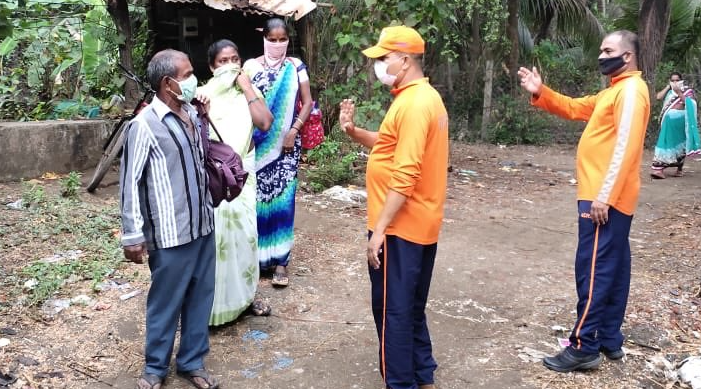 More than 10,000 people, including some coronavirus patients, were moved to safer locations Tuesday as India’s west coast braced for a cyclone, the first such storm to threaten Mumbai in more than 70 years.

Authorities in India’s financial capital, which is struggling to contain the pandemic, evacuated nearly 150 COVID-19 patients from a recently built field hospital to a facility with a concrete roof as a precautionary measure, officials said.

The chief minister of Maharashtra state, of which Mumbai is the capital, said people living in flimsy homes near the shore were being moved to safer places before Cyclone Nisarga makes its scheduled landfall on Wednesday afternoon or evening.

‘Slum-dwellers... in low-lying areas have been instructed to evacuate,’ Uddhav Thackeray said in a message posted by his office on Twitter.

Mumbai has rarely faced the brunt of cyclones — the last severe storm to hit the city struck in 1948, killing 12 people and injuring more than 100.

Indian meteorologists have warned of heavy rainfall — with winds of 100-110 kilometres per hour and gusts of up to 120 kph — causing damage to thatched huts, power lines and one to two metre-high storm surges inundating low-lying areas of Maharashtra.

Nisarga is also expected to hit neighbouring Gujarat state and the coastal region of Daman, where authorities evacuated more than 10,000 people.

‘We have shifted more than 6,000 people from low-lying coastal areas to higher ground,’ said Rakesh Minhas, a senior official in Daman.

Another 4,000 people were moved out of coastal villages in Gujarat’s Valsad and Navsari districts, officials said.

‘In wake of the coronavirus outbreak, all standard operating procedures are being followed at the temporary shelters which have been sanitised and instructions have been issued on following safe distancing,’ Arpit Sagar, an official in Valsad, said.

Nisarga comes on the heels of Cyclone Amphan, which killed more than 100 people as it ravaged eastern India and Bangladesh last month, flattening villages, destroying farms and leaving millions without electricity.