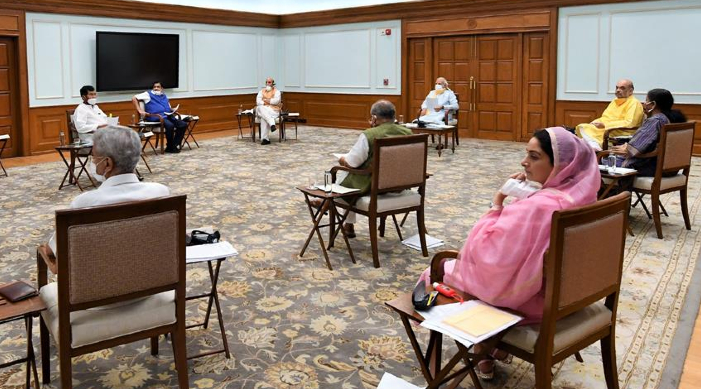 Farmers will also get more time to repay their loans, the new deadline will be in August

"Gaon, gareeb, kisan (villages, the poor and the farmers) are the priority of the government," said a panel of Union ministers who briefed the media after the meeting, which, sources said, was expected to take "historic decisions".

The Minimum Support Price of paddy has been raised by Rs 53 per quintal to touch Rs 1,868 per quintal for 2020-21, said Union Agriculture Minister Narendra Tomar. A hike was also announced for cotton -- the MSP is now up by Rs 260 to touch Rs 5,515 per quintal.

Tomar said farmers will now get more time to repay their loans -- the new deadline will be in August. Fresh loans can also be taken on the Kisan credit card and farmers can sell their harvest wherever they wish, the minister said.

A law to give farmers the choice to sell their produce anywhere and get the price they want was promised by the government last month.

While announcing the third tranche of the mega economic stimulus to help the industry out of the lockdown-induced slump, Union Finance Minister Nirmala Sitharaman said the law will allow farmers to conduct "barrier-free interstate trade" and e-trading of farm produce.

The increase in minimum support price for kharif or summer crops is in line with the Union Budget 2018-19 announcement of ensuring fair returns to farmers. The government’s strategy is one of promoting sustainable agriculture with a diversified cropping pattern. But the production-centric approach has been replaced by an income-centric approach, the government said.