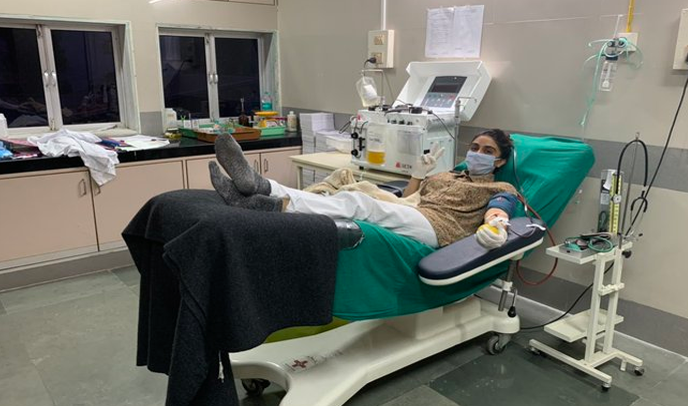 In the last 24 hours 4,835 COVID-19 patients have been cured in India, thereby, giving a push to the recovery rate, which stands at 48.19 percent now in the country, the Ministry of Health and Family Welfare said in a statement on Monday.

“A steady decline can be seen in the case fatality rate in the country. The relatively low death rate is attributed to the continued focus on surveillance, timely case identification and clinical management of the cases,” the Ministry of Health in its statement.

The testing capacity has increased in the country through 472 government and 204 private laboratories (total 676 laboratories).

Earlier, while addressing the 25th Foundation Day of the Bangaluru-based Rajiv Gandhi University of Health Sciences, Prime Minister Narendra Modi said the world is facing one of the biggest crises since the two World Wars.

Like the world changed pre and post-world wars, the same way the pre and post Covid world will be different, he said.

The Prime Minister said at the root of India's brave fight against Covid-19 is the hard-work of the medical community and our Corona warriors. He likened the doctors and medical workers as soldiers but without the soldiers’ uniform.

Prime Minister said the virus may be invisible enemy but our corona warriors are invincible and in the battle against the invisible vs invincible our med workers are sure to win.

He expressed concern at violent incidents, owing to mob mentality, against the front-line workers and said several steps have been taken by the government to curb them.

He said that the government also provided an insurance cover of Rs. 50 Lakhs to those on the front-line. He said advancements nations make in the health sector will matter more than ever before and that the government had taken many initiatives in health-care and medical education, in the last 6 years.